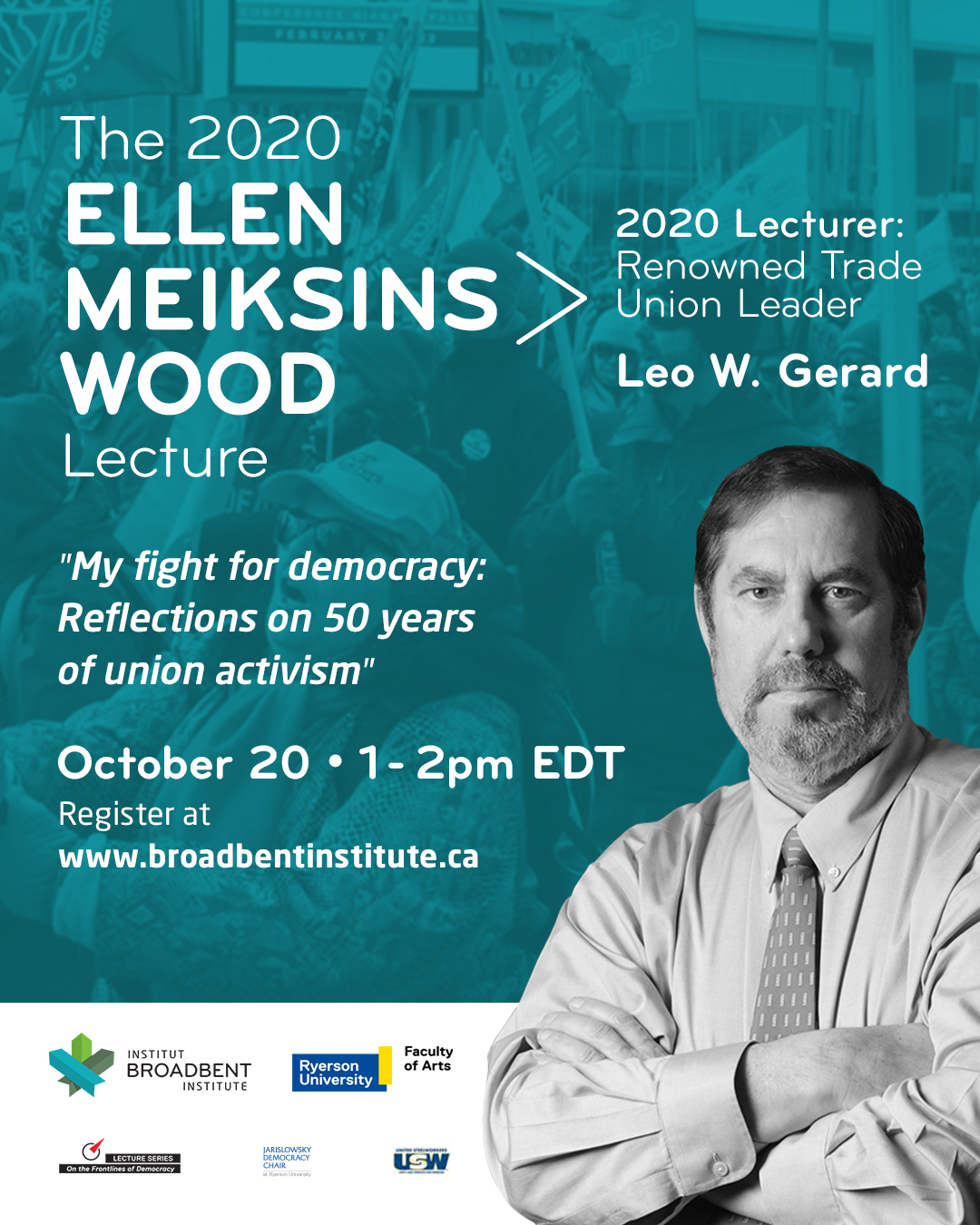 In January 2016, the Broadbent Institute lost our dear friend and inspiration Professor Ellen Meiksins Wood. The Institute founded the annual Ellen Meiksins Wood Prize & Lecture to honour Ellen’s legacy as an internationally renowned scholar and to bring her work to new generations of Canadians.  At this troubling political moment, Ellen's belief that democracy means “nothing more nor less than people’s power, or even the power of the common people or the poor” is more relevant than ever.