Each year, in partnership with the Canadian philosopher Charles Taylor and former MP and city councillor Olivia Chow, the Broadbent Institute has the honour of awarding the Jack Layton and Charles Taylor Prizes.

This year’s nominees represented an inspiring field of policy thinkers who have had a demonstrable impact on policy making, and activists who are organizing and achieving social change in Canada.

The Layton Prize is awarded annually to a Canadian individual or organization who has run a particularly noteworthy political or issue campaign, reflecting the ideals JackLayton exemplified, including justice, sustainability and democracy.

The winner of this year’s Layton Prize is Shima Robinson.

Shima Aisha Robinson works for APIRG on the University of Alberta campus as the Programming and Working Group Coordinator. She is a University of Alberta Master of Arts in Community Engagement (MACE) candidate who advances her enthusiasm for anti-oppression and social justice work volunteering, interning and working with local groups that address systemic issues of oppression and marginalization in amiskwaciy-wâskahikan, otherwise known as Edmonton, Alberta. In 2020 she also served as the volunteer Media Liaison for Pekiwewin camp in amiskwaciy-wâskahikan aka Edmonton, AB, Canada. 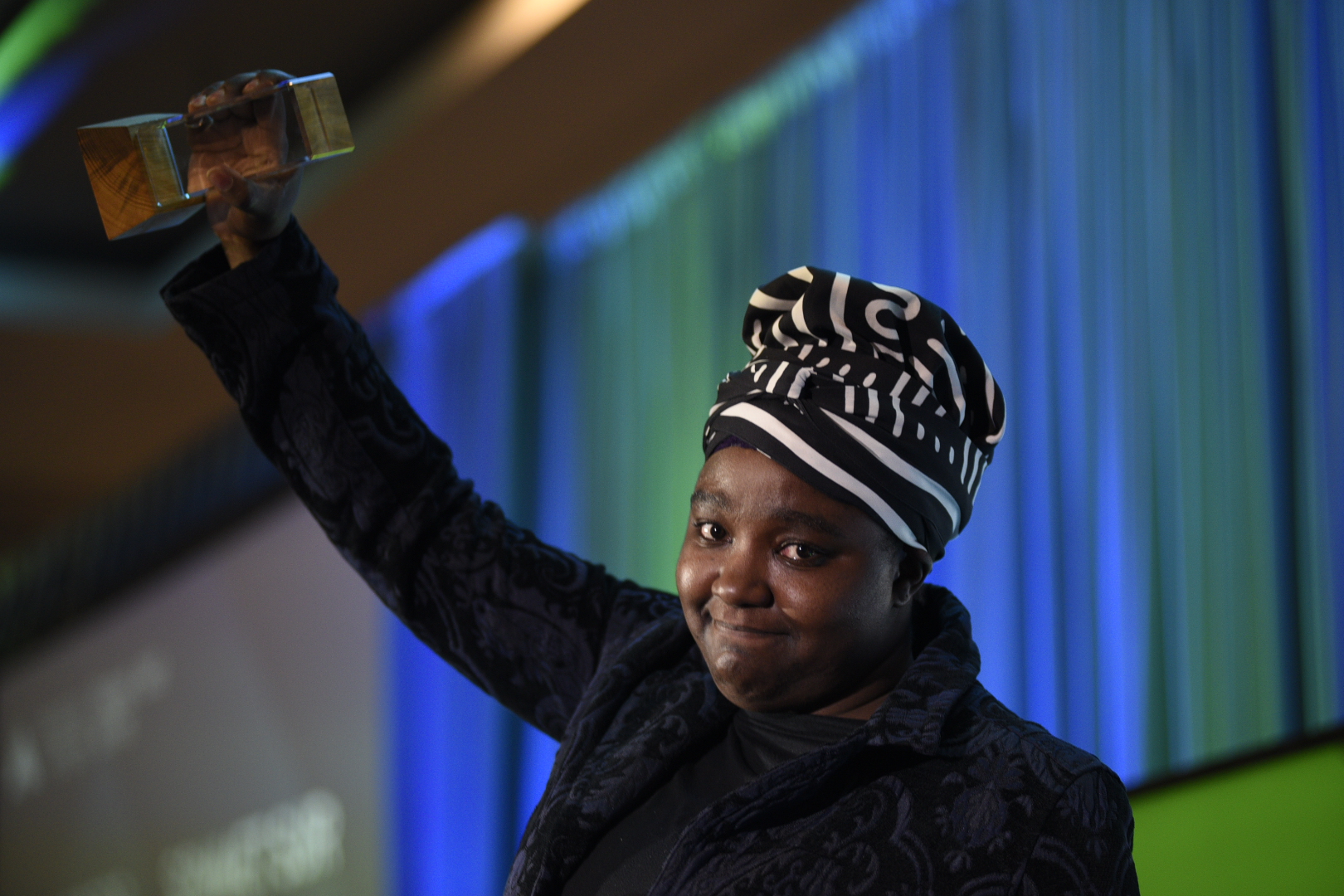 Shima Robinson on stage at the 2022 Progress Summit

The Charles Taylor Prize for Excellent in Policy Research

The Taylor Prize is awarded annually to a researcher whose work has made an important contribution to policy debates relevant to building a more socially-just Canada.

The winner of this year’s Taylor Prize is Greg Marchildon.

Greg is the Ontario Research Chair in Health Policy at the University of Toronto. Prof. Marchildon received his PhD from the London School of Economics, and later served for five years at Johns Hopkins University in Washington, DC. In the 1990s, he was Deputy Minister of Intergovernmental Affairs and subsequently Deputy Minister to the Premier and Cabinet Secretary in the Government of Saskatchewan. He is the author of numerous journal articles and books on Canadian history, comparative public policy, public administration and federalism. From 2001-2002, he was executive director of a federal Royal Commission on the Future of Health Care in Canada (also called the Romanow Commission). The Romanow Commission recomended sweeping changes to the Canadian health care system to address wait times, inadequate services for Indigenous people, the high cost of prescription drugs, creeping privatization, rural access and most importantly upholding Canada’s three main health care principles: public administration, universality and accessibility.

The awards were announced in person at the 2022 Progress Summit in Ottawa, ON.

Thank you to Shima Robinson and Greg Marchildon for their commitment to social democratic values!