The Clean Air and a Strong Economy section of the federal government’s 2022 budget sinks over $12 billion on climate action measures spread out over four years, while illustrating in the same chapter that a gap of more than $100 billion in annual investment is required to reach net-zero emissions in Canada by 2050. 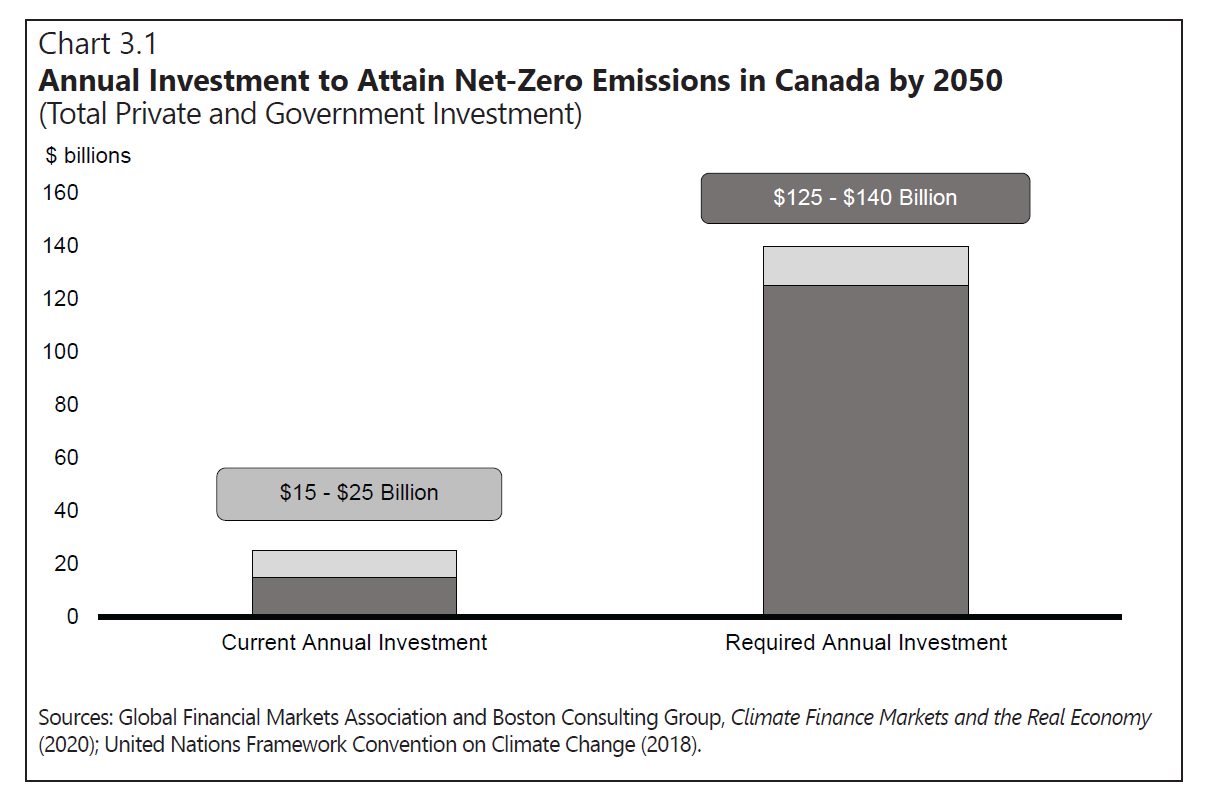 The government hopes to make up the gap through private investment, and most of the measures tabled in the budget are geared towards incentivizing just that. There is little in the way of investment in public ownership or support for workers.

There is no doubt that decarbonizing Canada’s transportation sector is necessary in the fight against climate change. Right next to the oil and gas industry, the transport sector is the second largest contributor of emissions in Canada and has seen emissions climb without abatement, releasing 185.8 Megatonnes of CO2 in 2019. There is also a major opportunity to induce a shift to decarbonize this sector as petroleum prices reach record highs due to geopolitical trends and major public investments in the infrastructure for electrification.

The federal government has chosen to focus its decarbonization of the transport sector on incentivizing a switch from combustion engine cars to “zero-emission vehicles” (ZEVs). Supply-side and demand-side measures to incentivize this shift are touted at the top of Budget 2022’s climate action measures. Relying on incentives for private sector and consumer investment in ZEVs, however, come with costs and implications that are not always considered.

Large corporate subsidies are being offered to build charging station infrastructure, consumer subsidies are continued to encourage uptake of ZEVs that only wealthier families can afford, and an extensive “critical minerals strategy” is outlined in Budget 2022 to secure energy storage material supply chains. This strategy will have implications for the mining industry, the environment, Reconciliation, and Canada’s foreign policy. Focusing on electric cars as a way to decarbonize fails to take into account far-reaching economic externalities and ignores the higher proportional costs of making the switch for lower-income families.

In particular, the $1.7 billion investment in the Incentives for Zero-Emission Vehicles (iZEV) program demonstrates the short-sightedness of betting on electric cars for climate action. Under this program, only new ZEVs are eligible for the subsidy—it is difficult to re-sell used electric cars due to battery resilience. One of the cheapest new electric cars on the Canadian market, the 2022 Chevy Bolt, is priced at around $38,000 CAD without the $5000 iZEV program. Even when accounting for high prices at the pumps, it is challenging for lower income families to afford a new ZEV, even with the iZEV program, when the comparable 2022 Chevy Spark is priced at $12,000 CAD. Despite this program existing since 2019, only 3.5 percent of new vehicles registered in Canada were ZEVs as of Q3 2020.

A much more efficient use of public money would be to invest in public transit. However, the attention paid to ZEVs in Budget 2022 is gigantic in comparison to what’s available for mass public transit, which completely ignores the latter. Transit systems have been hard hit by the pandemic but have been largely ignored in pandemic recovery and climate action plans, though governments willing to invest in them can produce immediate economic and emissions impacts more affordably. Without building reliable public transit infrastructure, a behavioural switch to more economically and environmentally sustainable commutes cannot be expected.

In Budget 2022, the federal government is investing just $42.8 million over four years on VIA Rail maintenance centres and will withhold $750 million in transit system pandemic relief money unless cash-strapped provinces and municipalities build new housing. Instead of expanding VIA through public investment, the government has instead proposed private sector partnerships to build high-speed rail after decades of studying its economic benefits and feasibility. Budget 2021, curiously, did announce a “Permanent Public Transit Fund” of nearly $6 billion which was a great start towards a stable source of cash for publicly-owned transit. However, with a federal election between budget announcements, this measure was not included in Budget 2022’s Clean Air and a Strong Economy chapter’s key ongoing actions, despite the size and profile of the previously-announced funding.

In addition to incentives and subsidies for ZEVs, the federal budget’s climate actions also include big-ticket measures to induce investment in Carbon Capture, Utilization, and Storage (CCUS) and Small Modular Reactor (SMR) technology. Like ZEVs, the promise of these technologies are being prominently presented instead of “off-the-shelf” solutions or alternative technologies such as expanding public transit, ending fossil fuel subsidies, continuing to drop the cost of wind and solar energy, or advancing research on renewable electricity generation such as geothermal.

While CCUS and SMRs are touted by some as necessary for climate action, they are by no means off-the-shelf solutions and could in fact harm climate action efforts. CCUS development has been used as cover for continued fossil fuel subsidies, without substantial change in the number of operating CCUS projects globally, despite decades of investment in the technology. SMR technology has yet to be fully tested and developed, with high upfront capital costs and major concerns regarding the nuclear waste material produced and the proximity of Indigenous communities near proposed projects. Despite these concerns, new investment in these untested technologies has displaced any new or accelerated investments in established renewable energy systems, or in building out electrical grid systems to replace fossil fuel generation with established hydroelectricity.

The focus on technology as an accelerator of economic growth is not unreasonable, however, private investment spurred by new tech that promises higher profit margins, like ZEVs, CCUS, and SMRs, appear to overshadow reliable tech with lower profit margins but higher overall economic and emissions benefits, like public transit and renewable energy. Private-sector incentives to decarbonize the economy could work, but it can feel like gambling on a net-zero scenario with untested tech using public money while the stakes are so high. If Canada is truly to meet its net-zero goals, it needs to depend on more than fledgling technologies and the private sector to make it happen, especially when there are other public policy levers available to be pulled.