Ed Broadbent's Message on the Institute completing 10 years of existence

When we originally envisioned what a progressive organization like this could be, we wanted to create an answer to an already established conservative movement, to seed hope that a better world could exist.

At the time we launched in 2011, the Fraser Institute and the Manning Centre were shaping most of the public debate.This was a powerful conservative movement, steering the narrative for damaging policies that were widening inequality across the country.

The Broadbent Institute was created to be a big tent for self-defined progressives, labour unions and social activists. We were determined to bring a social democratic voice into the public debate in Canada - and we remain just as determined today.

We have spent the past ten years working to fulfill that vision, acting on three fronts: policy, training of activists, and in the media.

We did innovative work on a progressive tax agenda, including a critique of income splitting, tax loopholes favouring the rich and the need for a new tax on wealth (wealth tax proposals were subsequently included in the platforms of all major federal parties in the 2021 election).

We published landmark policy papers on income inequality, carbon pricing and the transition to a low-carbon economy, pharmacare, electoral reform, and the need for a wealth tax in Canada.

We launched Press Progress to contribute original, progressive, high-quality journalism to the national conversation. When the pandemic struck we shifted entirely online and worked with our Fellows to show how Black, Brown, and Indigenous people in Canada were disproportionately affected by COVID-19. Most comprehensive of all was the production of the Broadbent Principles for Social Democracy which resulted from extensive consultation both within and outside the Institute.

But we didn’t just publish our ideas, we popularized them and built momentum around them.

We formed coalitions and created a Fellowship program to support and connect progressives across the country. Together with the Atkinson Foundation, we co-generated the PowerLab, a leadership initiative for organizers to learn from each other. We developed an online leadership school and helped build capacity for progressive organizing and shared the skills and tools necessary to help progressives win.

All of this was done with your support, both large and small. With your support the Broadbent Institute has successfully driven national discussion and action on social, economic and racial equality for 10 years. It’s been a great decade and we are still going strong!

I’m proud of the progress we have made, and know there is much more to be done. Our hopes for the future are realistic - we are pragmatists as much as dreamers, and our fight must continue.

Yours in solidarity,
Ed Broadbent, 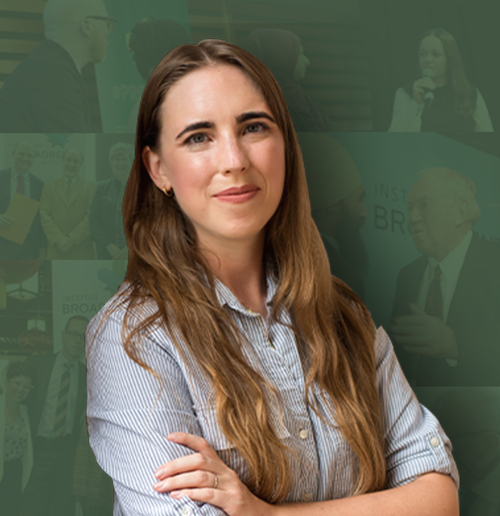 As the Broadbent Institute turns 10, Jen Hassum looks forward to the future 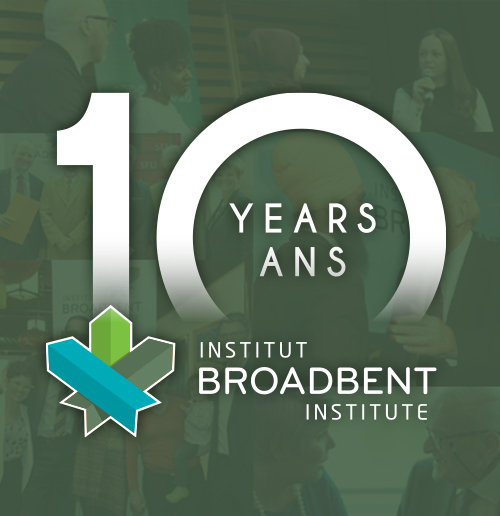 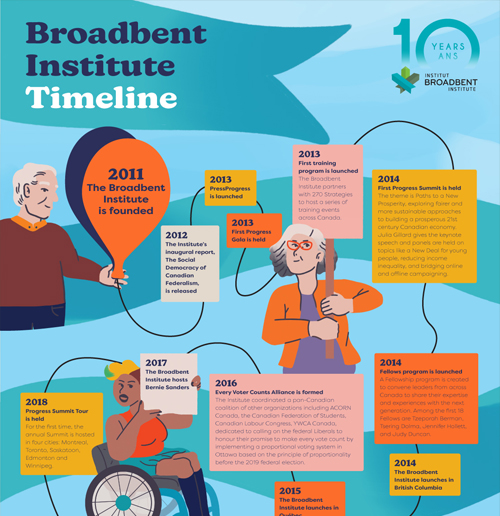