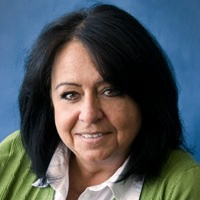 Frances Lankin has been a lifelong advocate for workers’ and women’s rights.

Lankin served for eleven years in the Legislative Assembly of Ontario (1990-2001), holding the positions of Minister of Government Services and Chair of Management Board, Minister of Health and Long Term Care and Minister of Economic Development and Trade. She also spent more than 10 years as the CEO of United Way Toronto.

She has contributed to a number of diverse government bodies and initiatives, including as a Member of the Security Intelligence Review Committee, Co-Chair of the Blue Ribbon Committee on Federal Grants and Contributions, Co-Commissioner of the Commission for the Reform of Social Assistance in Ontario, and Member of the Premier’s Advisory Council on Government Business Assets.

Lankin has served on several Crown, not-for-profit, charitable and corporate boards, including those of Equal Voice, The Canadian Foundation for Economic Education, the Toronto City Summit Alliance, the University of Toronto's School of Public Policy Advisory Committee, the Board of the Ontario Hospital Association, the Board of the Literary Review of Canada, the Mowat Centre’s Advisory Committee, the National NewsMedia Council, the Ontario Press Council, the Institute of Corporate Directors, Metrolinx, Hydro One and the Ontario Lottery and Gaming Corporation.

She has received Honorary Doctorates from Queen’s University, Ryerson University, the University of Windsor, and Nipissing University and is a recipient of the Queen’s Golden Jubilee and Queen’s Diamond Jubilee Medals.  She is also the recipient of numerous awards and recognitions for her community work and involvement in the charitable sector.

Lankin was appointed to the Senate on March 18, 2016. She is a member of the National Security and Intelligence Committee of Joint Parliamentarians.