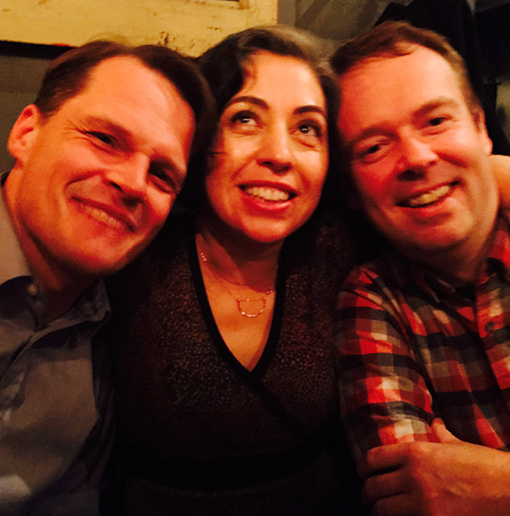 My grief reveals itself to me in waves, whether I remember plans we made or when political and organizing moments remind me of Graham Mitchell’s absence. I know I’m not alone, for he has been a hidden and unique protagonist of political action and movement-building so broad and deep none can fully grasp. A testament to the breadth of Graham’s impact can be found in the spontaneous tributes shared across Canada, and from every sphere of power. Until now, I have found myself unable to put to words my own incalculable loss.

At first Bertolt Brecht came to me, as he so often does when organizers face adversity: “There are men that fight one day and are good, others fight one year and they’re better, and there are those who fight many years and are very good, but there are the ones who fight their whole lives and those are the indispensable ones.” Yes, I thought. Graham is indispensable, but I never saw him act the role of fighter. His leadership was unique among men, innovative, a guide through political storms to generations.

The way Graham practiced power was unfailingly facilitative, affirming, and with the sole agenda of supporting the collective action of those with the most at stake. Graham was at his essence a movement carer – and in this way, his political work was profoundly feminist, revealing how those politics clearly formed him. Look to the people who Graham supported over time, the politicians he served, and the leaders he built and you will find an over-representation of women challenging the status quo.

The caring work of building movements is made invisible in the win lose paradigm of campaigns and in the world of conventional leadership, and yet without the care work that is facilitation, project management, mentoring and coaching, there is no power built. Graham never sought recognition or worked for attribution, and that is why he moved seamlessly from place to place and struggle to struggle. His deft interventions were like acupressure on the body politic, in a group dynamic or a coalition – gentle and healing. His mantra was always, “I just want to be useful.”

It takes a great commitment and a quiet courage to be of use. Graham constantly entered spaces and situations where ambitions for social and economic change surge, which are inevitably and perhaps necessarily contentious. Out of those moments of conflict and resolution new opportunities for organizing are generated. Graham did this fearlessly, armed with an unshakable ethics, and guided by principles that always affirmed the agency of the people involved in the struggle at hand, and always returned focus to those people who would most be affected. People trusted him, his judgement, and his word. In recent years, he invested his energy increasingly in racialized leadership in his long journey to stand with people storming systems of exclusion.

Graham is present in everything I do. We were collaborating on a training program for the Broadbent Institute, my daily work. He was the first person outside my family I consulted about running in the federal election and he immediately joined my planning committee. He has long been my political consigliere. Every day I knocked on doors he was on my mind.While we worked on many campaigns, our most urgent discussions were about what was needed to make and sustain change, and we returned again and again to developing the authentic leadership of communities excluded from economic and democratic power.

Now I find myself alone without Graham, but I also know myself accompanied by his example. I will always find in him a movement teacher and a source of courage to take on the long fight. I will always hold space for principle and pragmatism, like he did. His leadership practice was embodied, rooted and consistent to his core. My friendship with Graham changed me, it formed me. It now and forever will feed my roots and will be fused to my own core. 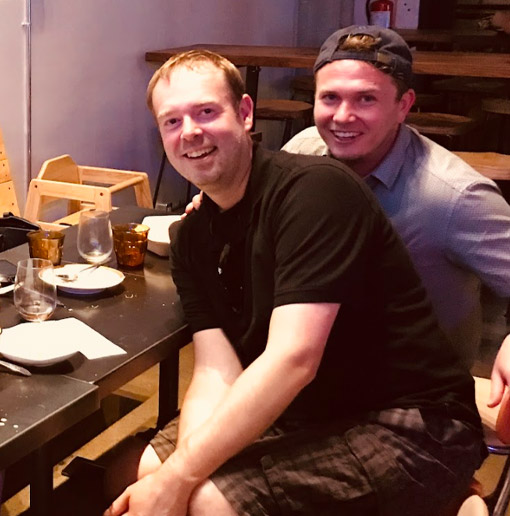 How do you begin to take the measure of a friend that has died so suddenly and unfairly? To capture someone so decent, and fair; someone so kind? I have felt lost at sea amidst the flood of beautiful tributes to my friend Graham Mitchell. Reflecting on Graham forces coming to terms with this injustice. And I don’t feel ready to accept what befell this loving father and partner, this friend and mentor to so many.

As people share their stories and memories, and the threads from Graham’s life of quiet movement-building on the Left are drawn out, the pattern reveals itself: the qualities of the friend I love—the supportive, generous, witty soul that mentored me— are the qualities that touched with so many others. Graham was his same authentic self whether he was in the company of Premiers or campaign volunteers alike.

My relationship with Graham was forged in the bare office of the nascent Broadbent Institute on the east side of Toronto in 2013-2014. As a young, green research director at the time, Graham’s unflappably calm demeanor moored me as I struggled with fits of self-doubt and imposter syndrome. There were many such moments as we organized the first Progress Summit. It was a tumultuous time. Graham was always so measured and able to see through perceived crises. I don’t know quite how to capture the calming effect he had on us all… it was one of his many superpowers.

I never witnessed Graham talk down or condescend to anyone. Graham was validating. He made me feel deserving of where I was. And he supported me to expect that respect from others. Graham always wanted to hear what I thought, and he was a great listener. It seems a small thing but it’s not. When you were with him, you never felt like he had somewhere else to be.

Graham brought me out of my cerebral and analytical comfort zone of critique and onto my first ever campaign… a campaign for a dear friend we both admired, Alejandra Bravo. He never put it this way, but he knew what good it would do for me to test my political assumptions in the cut and thrust of talking to actual people about their material needs.

Reflecting now, I am in awe of the extent to which Graham supported and invested his energies and talents in those around him. Thinking back at how generous he was with advice and counsel, or stepping in to cover you when things needed to get done in a crunch, I wonder when he had time to execute on his own “deliverables”. Yet he always did and did them well.

What’s so rare about Graham was that he didn’t care about getting credit, status, or titles. Or proximity to power. I remember clear as day when he got the phone call landing a Chief of Staff position in the Alberta government. He walked into the office and offhandedly asked me what I knew about “Alberta energy policy.” As I began some diatribe about the staples trap and corporate capture of government, he joked about the reading that would ruin his weekend plans; he’d just accepted a job in the first NDP government in Alberta’s history!

“Sorry, what?” I said as I jumped to me feet. “You’re the Chief of Staff to the Energy Minister?” Graham was already sitting down typing away at an email, no whiff of self-satisfaction. “I haven’t done anything yet. I think I should call Deanna now though” he said with a smile. And that was it.

When you work on the Left, you come across a lot of self-important people, and those who take themselves too seriously. With Graham there was none of that. No pretension. Or performance. He was also fun. Fun to be around. And the best kind of mischievous after a few drinks. Graham was principled and had a very developed analysis of power and social change. But he felt no need to preach it, or engage in the dizzying exchange of Twitter missives. Not that he judged what for many like myself is a compulsion: to post about where I stand on every issue. He just went about his role in the constellation of forces pushing to change the status quo; and he did so with integrity and professionalism.

What I thought then was a quirk—Graham’s absence from social media— actually makes perfect sense with his wisdom and approach. He was busy pouring his energy into supporting the people around him rather than staking out positions to call his own. It’s one of the reasons I think he was such a sturdy anchor across the many parts of the institutional Left he worked in. Graham’s approach could be interpreted as ‘pragmatic’. And it was. But he was always anchored by his values. He just wasn’t dogmatic nor (at least it seemed to me) ever at risk of losing sight of the next battle and opportunity to make gains.

Graham loved his time in the heat of provincial politics. But not enough not to be excited when Deanna landed a professorship that brought the family back East. It was something he beamed about with such pride for his partner. It aches to imagine Graham is gone. To think so many of us can’t rely on his ready counsel anymore. And it makes me wonder if I gave enough back in return to all he gave me. I truly will carry so much I learned from Graham forward. In loving tribute to my dear friend. May his memory be a blessing.. 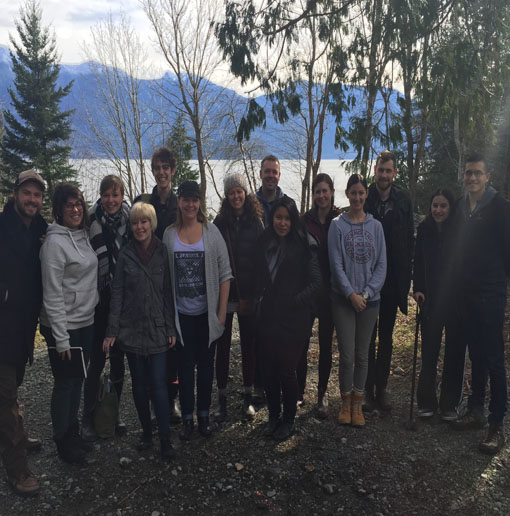 Among those of us who worked with Graham at Leadnow, it is a widely agreed upon fact that he was one of the very best people we knew, and that he brought humour, humility, and grown-up energy at a time when we desperately needed all of those things.

I am where I am because of Graham. He saw something in me and helped me believe in myself enough to run our 2015 election campaign. I was doing so many things for the very first time and often in rooms that exacerbated my imposter syndrome. Graham showed me the ropes. He helped me work through my fear and to see the wisdom in my emotions. He helped me parse through what I could and couldn’t control, what had to be done well and what I could let go of. Graham also made the Leadnow team go canvassing in Vancouver. In retrospect, it is absolutely hilarious and painfully on brand that we were trying to run an election campaign with a team mostly made up of people who had never canvassed before.

He knew exactly what we needed. And he was very good at giggling with us while gently nudging us in the right direction. I feel so grateful to have met Graham at such a pivotal moment in my life. I feel even more grateful for his friendship and guidance over the years since. I try to embody Graham's caring and grounded leadership every day, and I know he lives on in every single person who was lucky enough to know him. My heart goes out to everyone who is grieving this tremendous loss. 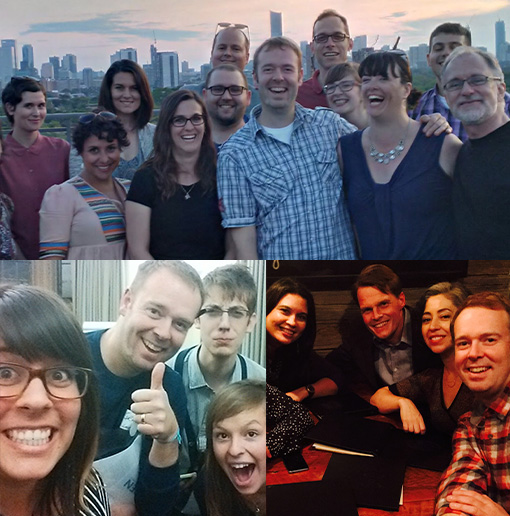 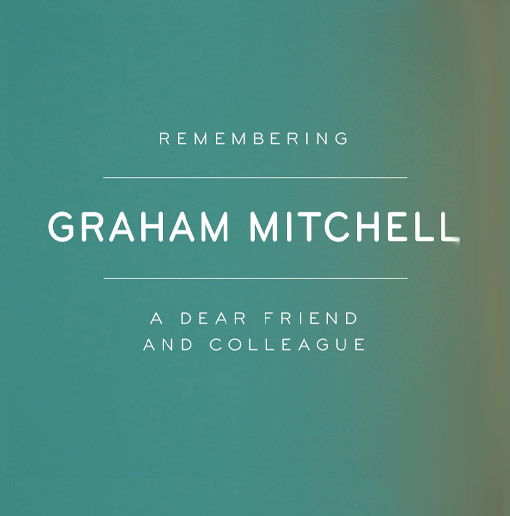