The End of Right-Wing Economic Credibility? Lessons of the UK Economic Crisis

The response of global financial markets to the UK’s latest tax-cut giveaway “mini-budget” has been nothing short of spectacular. The economic reaction to the new low-tax regime, set by newly selected UK Prime Minister Liz Truss and her (short-lived) Chancellor of the Exchequer in charge of fiscal policy, Kwasi Kwarteng, demonstrates again why going back to the prescribed solutions of tax cuts cannot fight inflation, nor sustain an economy under pressure.

In the immediate aftermath of the new policy announcement, the exchange rate of the UK pound plunged, interest rates on long-term government debt (as bonds issued by the UK Government known colloquially as “gilts”) rose sharply, and the Bank of England was temporarily forced to reverse planned interest rate hikes to avert a collapse of much of the UK pension system in response to the government’s policy misstep. 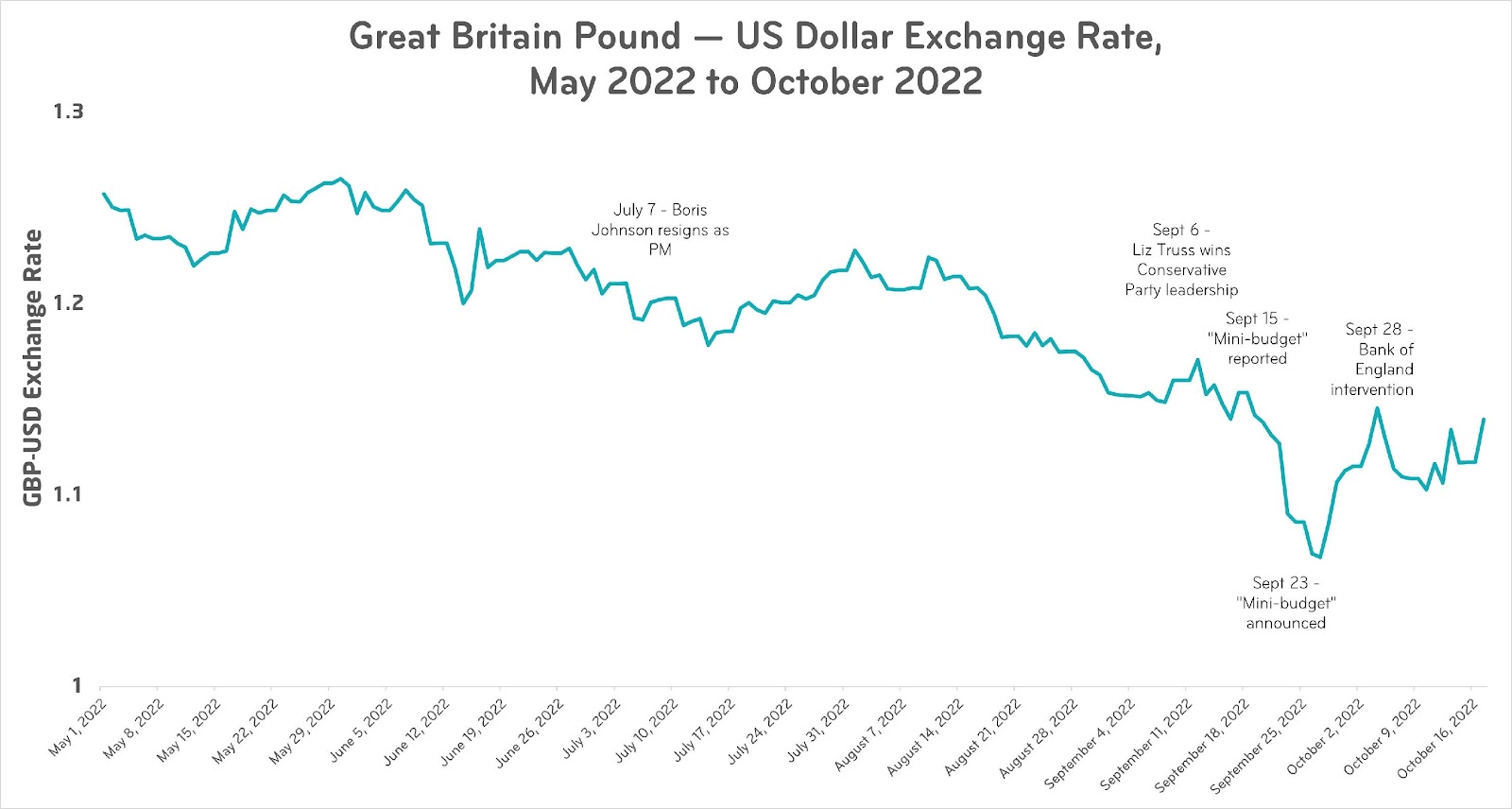 The political turmoil was and remains equally dramatic. Almost immediately after its announcement, Truss ditched key elements of the mini budget, fired Kwarteng and has now effectively surrendered control of economic policy to her new Chancellor, Jeremy Hunt. The Conservatives are a distant second to the Labour Party in the polls and Truss may very shortly be forced to resign, despite her weeks-long tenure as Prime Minister.

At first glance, this is a massive defeat for the radical “free market” right. Truss and Kwarteng’s mini-budget gave pride of place to tax cuts, including a cut to the top personal income tax rate, easier tax treatment of bankers bonuses, an across-the-board income tax cut, and an end to a planned cut to the corporate income tax rate.

This toxic tax cut for the wealthy was justified by old-school supply-side economics: the Margaret Thatcher-esque argument that tax cuts would stimulate new business investment and economic growth. It is striking that this argument was rejected by most mainstream financial sector experts and commentators, including the International Monetary Fund, which explicitly argued that the tax package would worsen inequality.

This is a significant blow to the credibility of right-wing economics.

However, this is not necessarily a left turn or even a Keynesian turn to economic thinking among the capitalist institutions. The central argument of the mainstream and the IMF and central bankers, including the Trudeau government and the Bank of Canada, is that governments should not at this juncture be increasing deficits.

The central message from last week's annual meetings of the IMF and the World Bank was that fighting inflation through tough monetary policy is the priority of the hour and that fiscal austerity should prevail.

Following these dictates, the latest UK Chancellor offers a similarly austere agenda. While likely to maintain the current tax base, he may also resort to spending cuts elsewhere to finance the mini-budget’s enormously expensive cap on soaring consumer energy prices, instead of funding this measure with new taxes on wealth and profits.

Within the context of capitalist orthodoxy, there are no good options; only bad choices which will lead to a recession, rising unemployment and deepening poverty and inequality.

While the Conservatives have now likely lost their economic competency branding and are, as noted, plummeting in the polls, the temptation for the Labour Party to occupy the presumed centre-ground that has been opened by the Tory free market radicals.

This would be a mistake. At a minimum, UK Labour should (as it has done to a degree) promise new taxes on wealth and excess profits to expand income supports and public services, perhaps accompanied by price controls and an expansion of public ownership.

The UK’s latest political crisis has opened up the wider question of, in the absence of capital controls, how much policy latitude national governments have left given the globalization of finance and the power of the bond markets to dictate interest rates that may limit fiscal policy.

It is tempting, but not altogether convincing, to suggest that markets could distinguish between deficits incurred to finance productive public investments, and deficits used to finance ineffective tax cuts. While the former helps to expand the fiscal base and investment, the latter has led to poorer social outcomes. For some, it may be of comfort to believe that markets made the right call in rejecting the initial version of the mini-budget, but a reformed austerity program that maintains the balance sheet may still be acceptable to the invisible hand.

The crisis certainly poses a challenge to those on the left who argue that deficits do not matter. Certainly, a progressive program will depend to a significant degree on taxing wealth and corporate profits.