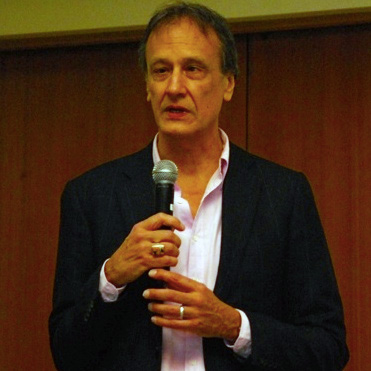 Linc Kesler is an associate professor of First Nations Studies and English and currently the Director of the University of British Columbia's First Nations House of Learning, a strategic planning and coordinating unit for Aboriginal initiatives across the university. He is also Senior Advisor to the UBC President on Aboriginal Affairs. Linc came to UBC after twenty years of teaching and working on American minority issues in the US to be the initial Director of the First Nations Studies Program in the Arts Faculty. He established the initial curriculum for the program, and was Director and then Chair until 2012. He was co-chair of a succession of committees resulting in the formation of the UBC Aboriginal Strategic Plan.

In his current role, he is especially interested in working on the development of initiatives that network Aboriginal programs across sectors. Linc's personal work is on the relationship of communications technology to conceptions of knowledge in the contexts of both Indigenous and early modern studies, and has been particularly interested in the development of multimedia resources in Indigenous studies. He has also developed softare for the simultaneous and searchable display of linked video and text that is of particular use for Indigenous resources. His Indigenous ancestry is Oglala Lakota from the Pine Ridge reservation in South Dakota.