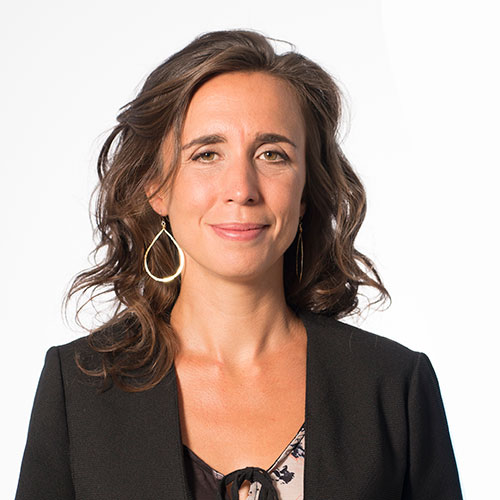 Maeva Vilain is a city councillor in Jeanne Mance, one of the Plateau Mont-Royal districts in Montreal.

Maeva Vilain is a city councillor in Jeanne Mance, one of the Plateau Mont-Royal districts in Montreal. Elected under the banner of Projet Montréal, she is on the team of Mayor Valérie Plante, who has been running the city since November 2017. Maeva sits on the Committee on Economic Development and Housing as well as that of the Inspector General.

She was the political attaché to the NDP MP Alexandre Boulerice from 2011 to 2017. She worked on safeguarding Canada Post and electoral reform. She has also been a journalist for Radio-Canada International, specializing in international news and the integration of newcomers to Canada.

Maeva was born and raised in Paris (France). She graduated from the Institute of Political Studies in Lille (France) and has a certificate in journalism from the University of Montreal. She immigrated to Montreal at the age of 23. She is the mother of two young children.