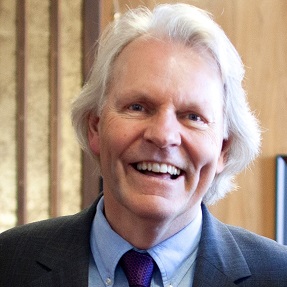 Dr. Michael J. Prince is the Lansdowne Professor of Social Policy in the Faculty of Human & Social Development at the University of Victoria.

Prince teaches courses in public policy and practice as well as activism and advocacy, and his current research interests include trends in Canadian social policy; federal- provincial relations; trauma of veterans; pension reform; aboriginal governance; and, disability politics and policy issues. As a policy consultant, Prince has been an advisor to various federal, provincial, territorial, and municipal government agencies; four Royal commissions; and, to a number of parliamentary committees federally and provincially.An active volunteer, Prince has been a board member of a community health clinic, a legal aid society, a hospital society and hospital foundation, the BC Association for Community Living, and the social policy committee of the Council of Canadians with Disabilities. He serves on the Advisory Committee on Children and Youth with Special Needs, to the representative of Children and Youth for British Columbia.

In 2007, Dr. Prince received a President’s Award from the Canadian Association for Community Living, in recognition of “exceptional contribution to Canadians’ understanding of public policy that builds an inclusive and accessible Canada.” In 2011, he received the University of Victoria Community Leadership Award. In 2012, Professor Prince was presented a Queen Elizabeth II Diamond Jubilee Medal for his public services. Dr. Prince was named Academic of the Year in 2014 by the Confederation of Faculty Associations of British Columbia.