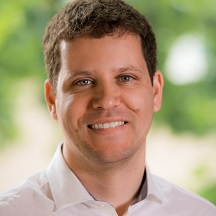 Michael Roy is a communications professional and digital strategist who specializes in working with movements and causes to engage and mobilize their supporters. Based in Vancouver, Michael is Senior Director of Campaigns at Point Blank Creative. He was previously the National Digital Director for Canada’s NDP, where his team broke multiple Canadian political fundraising records, mobilized 65,000 people to campaign events, recruited more than 13,000 volunteers from coast to coast, and produced award-winning ads.

Michael has worked in the labour movement, served as Director of Communications for the BCNDP, and was part of Rachel Notley’s transition team in Alberta in 2015. He's worked on election campaigns in Canada and the United States on the local, provincial, and national levels. Michael is currently focused on the tools used by labour unions and advocacy organizations to engage and mobilize their members, including online ad targeting, email engagement, text-messaging tools, and developing and improving engagement funnels. His work also focuses on integrating deep storytelling with organizing work, using modern tools like video, social media platforms, and written narratives. His work also looks at the way progressive organizations use internal data and reporting - combined with opinion research - to inform and improve communications and engagement work.