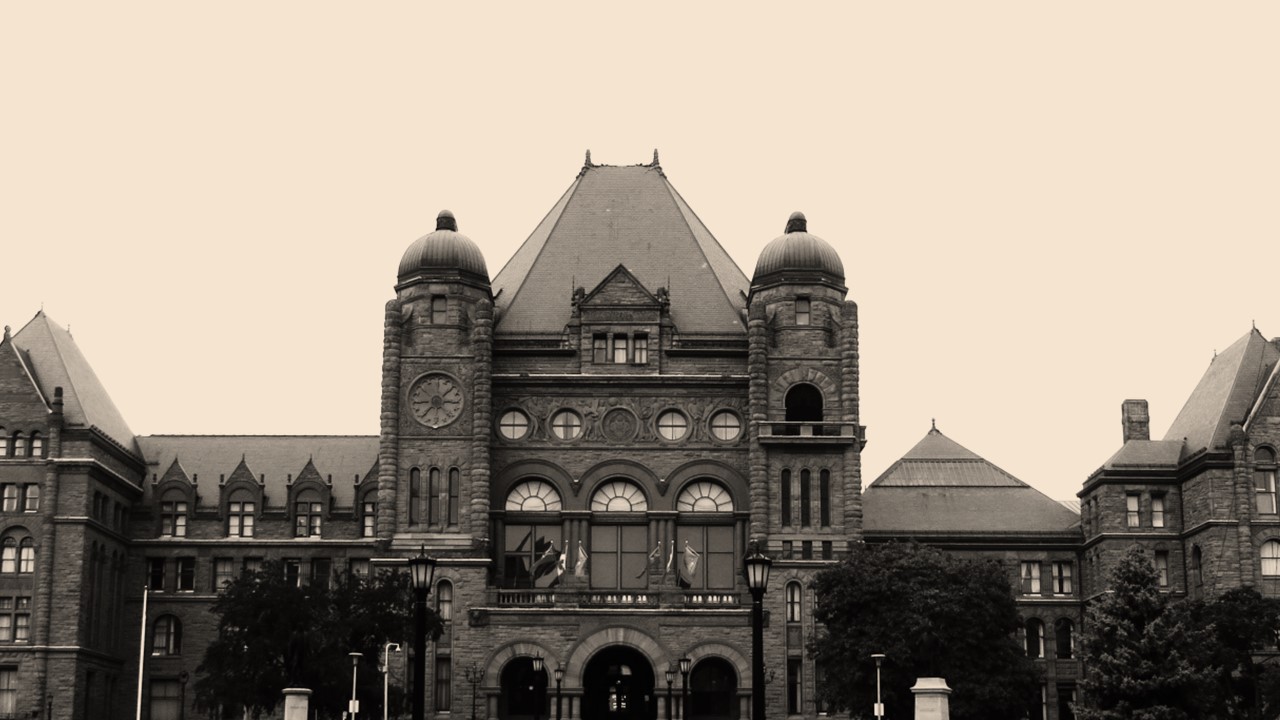 On paper, one could argue there were winning odds stacked for the progressive electoral left in Ontario ahead of the 2022 provincial election. Doug Ford as Premier of Ontario mishandled each wave of the pandemic, helping privatized long-term care providers profit after suffering no consequences from their catastrophic failures to keep people safe, holding back on billions in federal cash meant to protect families from COVID-19, and shortchanging public schools on funding while sending 54% of provincially acquired COVID rapid tests to private schools.

Instead of public outrage fermented over two years being channeled into political action, Ford won another majority government and increased his seat count. Voters didn’t even bother showing up to polls to show their disapproval of the Ford government, with the lowest voter turnout ever experienced in an Ontario provincial election. Given social media engagement with Ontario election news stories in 2022 compared to 2018, it’s as if voters couldn’t even feel interested at all in the campaign.

That’s not to say that progressives did not have a real alternative to offer in contrast to Doug Ford. According to some observers, they saw a policy platform that was “certainly more left wing and social democratic than any platform they’ve had in years.” The progressive platform prioritized “care over cars” more in its spending proposals compared to the Liberals and Progressive Conservatives. These progressive platform planks on their own were favoured a lot more by Ontario voters according to polling, when no party label was attached to it. 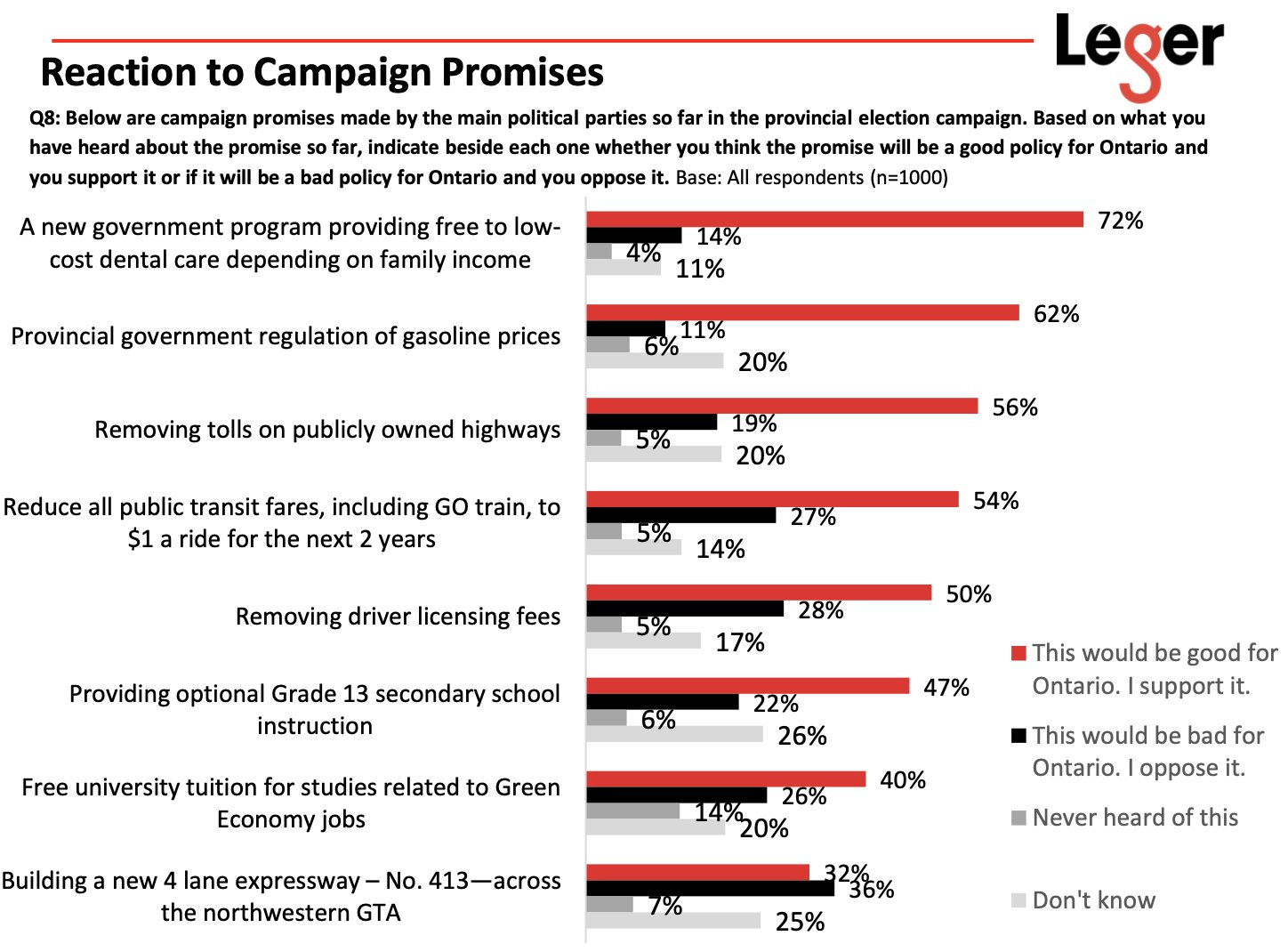 The conversations I had knocking on doors and speaking on the phone about this policy set looked at these policies favourably too. Though anecdotal, what I noticed in working-class, racially diverse, and lower-income neighbourhoods in ridings in Scarborough was a generally positive reception when we would start talking about cutting corporate profiteering from the price of gas. People that wanted to learn more on their doorsteps thought positively of expanding OHIP to mental healthcare and dentalcare, and of taxing the rich to cover the cost. What was also noticeable in these same conversations, however, was a lack of trust that this was all going to be done.

Trust in institutions, or rather the lack of trust, is found to be correlated with electoral participation. Social democratic institutions that tend to deliver universal, equalizing social programs can be found to generate higher levels of social trust and therefore an increased participation in voter turnout. When people clearly see that institutions can bring about equalizing outcomes, there is a tendency for higher participation in political processes that influence them. Where more social democratic political outcomes are found, higher voter turnout rates can be expected. The 1919 Ontario Election where record turnout can be observed to elect the United Farmers and Labour coalition government may not be such an outlier when considering that Ontarians were voting for more redistributive outcomes against more than 14 years of Conservative governments.

The political apathy experienced this past campaign can be indicative of the lack of trust that people’s lives will get better if they participate in the political process. It tracks with the deterioration of economic and social democracy that these electoral outcomes would occur. Progressives of course did not win this election, but distrust leading to apathy may also help to explain how progressives did not win even among their base supporters: unionized workers. 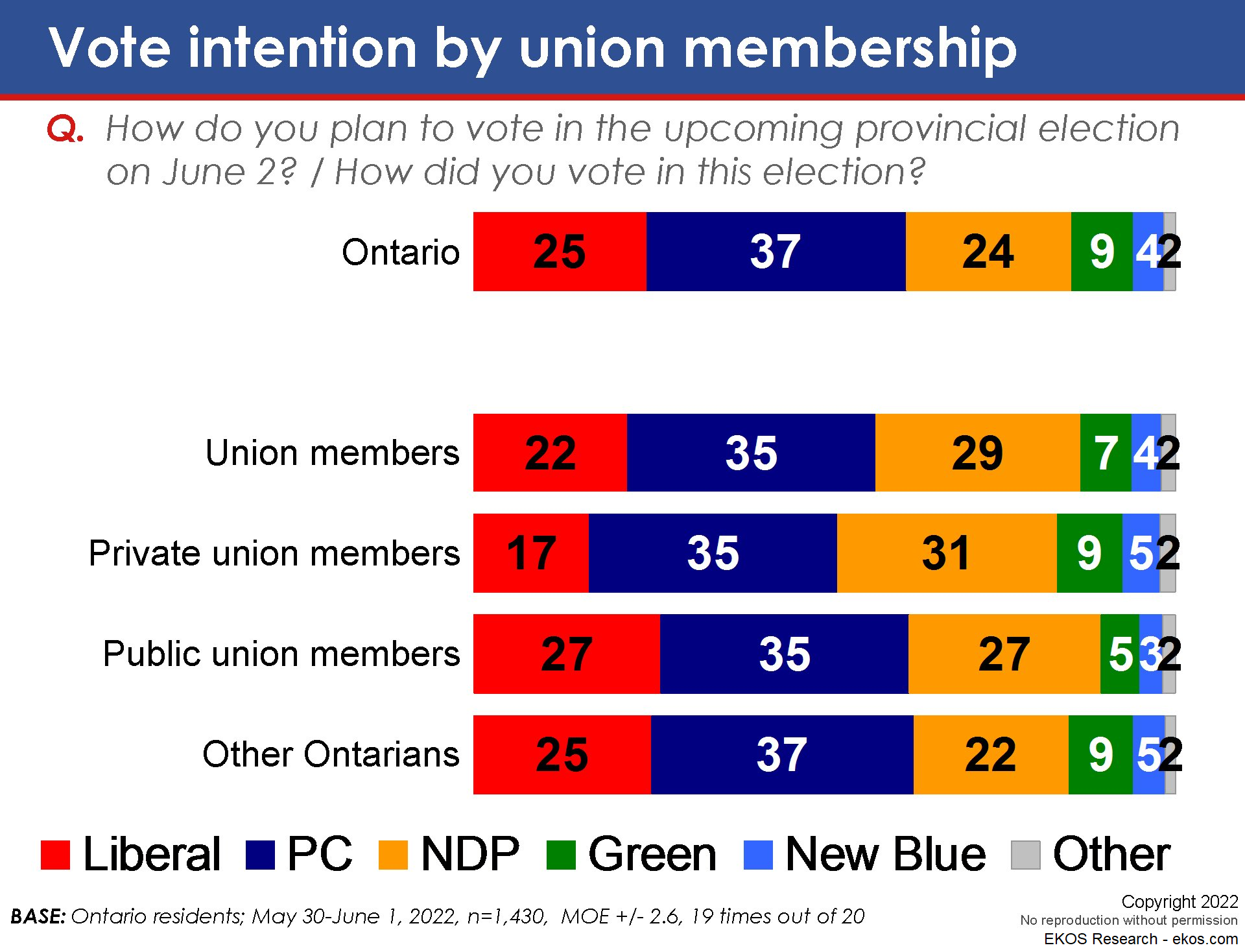 For those that voted among unionized workers in all sectors, Doug Ford won against the left. Despite his government’s attacks on skilled trades unions, the Ontario PC’s still received the endorsements of major buildings trades unions. These leadership endorsements of course did not necessarily reflect the opinions of rank-and-file members, but the coordination and breadth of endorsements from these unions did not go unnoticed. Why couldn’t progressives win these voters?

Unionized workers turn out to vote at higher rates, and despite labour’s historic relationship with progressive parties, they turned out for Doug Ford. He has made public appearances at union shops, and could not be spotted this campaign without a hardhat and safety vest when making announcements. As small as these gestures may seem, it's clear who won the support of unionized workers, and this may indicate a weakening of the relationship between electoral social democrats and the labour movement.

How do we fix this dual problem of voter apathy while hemorrhaging base supporters to anti-worker Conservatives? While the pandemic’s mismanagement under Ford should have been a moment to seize, progressives could not effectively show that the policies they proposed were going to lead to better outcomes for Ontarians. Strategic voting against the PCs clearly did not work, and instead had Liberals and the NDP fighting each other for seats while handing Doug’s nephew Mikey a seat at Queen’s Park. Electoral reform is again in the conversation, but the political path towards this real democratic change has been walked before with similarly apathetic results.

A change of strategy is certainly needed, one that makes clear that a progressive policy set based on universality and equalizing outcomes can make life better. It needs to include an increasingly racialized working-class precariat. Lastly, a new strategy needs to reconnect with social movements that are certainly growing amid multiple global crises but are now growing at an increasing distance from the electoral left. Amid the Liberal's and Ontario NDP’s ongoing leadership transitions, the parties ought to give serious thought on changing how the electoral left builds from here.