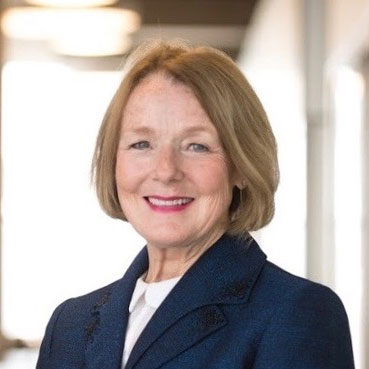 Peggy Nash is Chair of Ted Rogers School of Management's Centre for Labour Management Relations Advisory Committee, Faculties of Arts and Community Services. A former NDP Member of Parliament from Toronto, she served as Official Opposition Critic in the portfolios of Finance and Industry. She also served as president of the federal NDP during the leadership of Jack Layton. Prior to her first election in 2006, she was a senior labour negotiator with UNIFOR, in the auto, transportation and service sectors.  She also pioneered initiatives to end gender-based violence, promote a national childcare program, and boost women’s political involvement.  She is a co-founder of the multi-partisan organization Equal Voice, and was a long-time executive committee member of the Canadian Labour Congress. In 2009, she was named a YWCA Women’ of Distinction. She is a frequent media commentator and an international speaker on the economy, women’s rights, and democratic engagement.

Peggy was appointed an Officer of the Order of Canada in 2020.