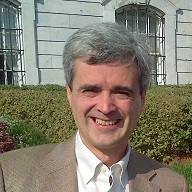 Raymond Guardia has been managing political campaigns for over 30 years. His first taste of victory came in 1990, when he directed Phil Edmonston's campaign in the riding of Chambly, securing the NDP's first ever win in Quebec. More recently, Raymond`s inability to say 'no' to Jack Layton led him to take on the role of 'war room' director in the 2006 and 2008 elections and manage Tom Mulcair's winning campaign in Outremont in 2007.

In 2011, Raymond ran the NDP's Quebec campaign, and was the chief architect of the Party`s breakthrough in that province. He then accepted the post of Senior Quebec Advisor in the Office of the Leader of the Opposition. Following Layton's death, Raymond directed Brian Topp's bid for the leadership of the NDP to a strong second-place finish. Raymond returned to Montreal, where he directed the 2013 campaign for Projet Montreal. The Party more than doubled its number of elected officials to form the City`s official opposition, laying the ground-work for Valerie Plante and Projet Montreal`s stunning victory in 2017. In 2015 Raymond acted as an advisor to the NDP`s campaign in Quebec. He was then named Chief of Staff to the Federal NDP in 2016 and will step down from that position at the end of 2017.