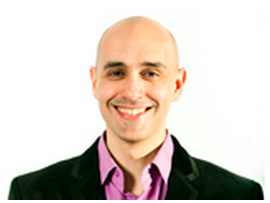 Sidney helped found Equiterre in 1993 and chaired the Board of Directors until 1998. Since then, as executive director, he has been involved in all of its activities, from development, to implementation, to funding.

His passion for urban planning led him to chair the Montreal Regional Council on the Environment from 1996 to 2003. He also participated in efforts to increase funding for public transit in Quebec, as well as in Canada's ratification of the Kyoto Protocol.

While in charge of energy intitiatives at consumer protection group Option consommateurs from 1992 to 1998, Sidney helped set up a national energy-efficiency program for people with low incomes.

Sidney also spearheaded and chairs the Centre for Sustainable Development, which is one of the greenest buildings in Canada, as well as a hub for social and environmental groups.