Stand up for Progress National Tour with Harry Leslie Smith 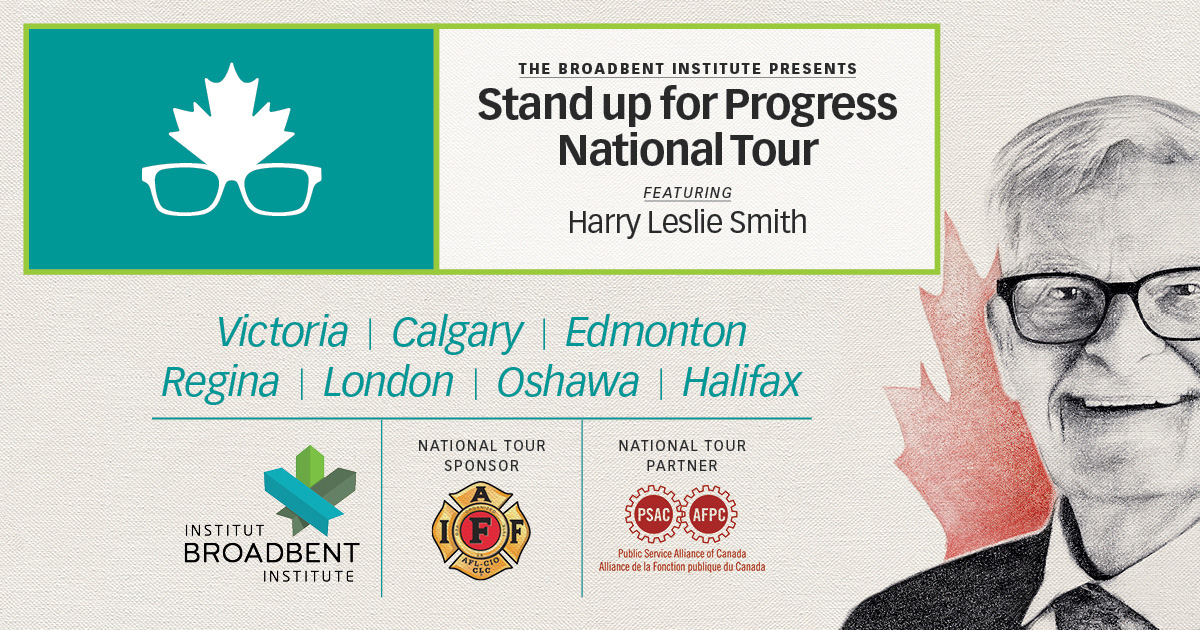 Smith is the author of the acclaimed book Harry’s Last Stand: How the World My Generation Built is Falling Down, and What We Can Do to Save it, and at 92, he’s Canada’s oldest rebel inspiring the next generation of activists.

Smith survived the Great Depression and fought in the Second World War for the United Kingdom. After the war, he immigrated to Canada, and built a life with his family in Ontario.

The veteran travelled nearly 17,000 km on this national tour on the eve of the federal election. He knows what’s at stake.

Speaking from the heart with authority and experience, the anti-austerity campaigner weaved his personal story of living in poverty before the creation of the welfare state with his call to action to protect what progressives have fought so hard to achieve — and what is now under threat.

Click on the cities below for details about those local events.