Despite Fiscal Capacity Budget 2022 Spending Does Not Match Housing Priority

Front and centre of the federal government’s Budget 2022 is housing affordability, acknowledging the crisis and raising it as a priority in Chapter 1 with new and renewed programming focused on building housing stock across Canada. And rightfully so—housing markets have set record prices, rents are raised increasingly out of reach across the country, and the Bank of Canada hints at aggressive interest rate hikes to cool inflation across the economy making consumer financing less accessible. However, the new budget’s commitments ($10 billion commitment on housing over four years and $4 billion investing in housing for Indigenous communities over seven years) fall short of what Canadians need to afford a roof over their heads.

It's difficult to see how housing advocates can celebrate the latest budget. The National Housing Council recommended, at minimum, a budget of $6.3 billion over two years in new housing investment. The Assembly of First Nations identified a need for a $44 billion investment to address housing needs created by decades of federal neglect and underfunding. While Canadian-owned Real Estate Investment Trusts (REITs) reaped profits through the pandemic when many renters were out of work and relied on programs like the Canada Emergency Response Benefit (CERB) to pay their rents, there are no new initiatives for publicly-owned housing, and a paltry $191 million is committed over four years to support co-operative housing.

While some affordable housing proposals are encouraging, such as expected legislation on a vacant housing tax and home efficiency retrofit funding (especially if it is made accessible to low-income households), other budgetary measures on housing are either insufficient or are curious pieces of public policy.

The “leveraging transit funding to build more homes” measure withholds $750 million previously committed in support of transit systems that have experienced fare box shortfalls due to a drop in ridership during the pandemic. This funding is now “conditional on provincial and territorial governments committing to match the federal contribution and to accelerate their work with their municipalities to build more homes for Canadians.” Holding committed transit funding hostage until cash-strapped cities build housing does not sound like a great incentive for affordability. Furthermore, a new “Rent-to-Own” scheme receives $121 million in funding, harkening back to Margaret Thatcher’s “Right-to-Buy” program that saw a dramatic reduction in affordable rental housing in the UK through the 1980s.

Despite the housing priority of Budget 2022, it remains to be seen whether the federal government considers housing to be a human right as outlined in the 2019 National Housing Strategy Act. The government’s latest measures do not make much of an effort to decommodify housing, and through it’s big ticket measures to increase housing supply (namely the $4 billion Housing Accelerator Fund, $1.7 billion Rapid Housing Initiative, and $2.9 billion National Housing Co-Investment Fund) it remains unclear whether new housing will be affordable or bring down prices for existing housing stock. According to the latest OECD data, 8% of dwellings across Canada remain vacant, defying the economic laws of supply and demand. If the new housing being accelerated remains unaffordable, expect this proportion of empty dwellings to grow.

If the federal government wanted to make an impact on housing affordability, the government itself could have afforded to spend more on these initiatives. Despite the episodic shock of pandemic relief spending during the last fiscal cycle, Budget 2022 puts the federal government on track for near budgetary balance by 2026. The government’s debt servicing forecast is also much better than its previous 2021 projection. Housing price inflation has already demonstrated its independence from other inflationary pressures—there is certainly “fiscal room” for higher spending on housing affordability relief including a large-scale program to enable provinces and municipalities to buy or build housing stock for social, publicly-owned housing. 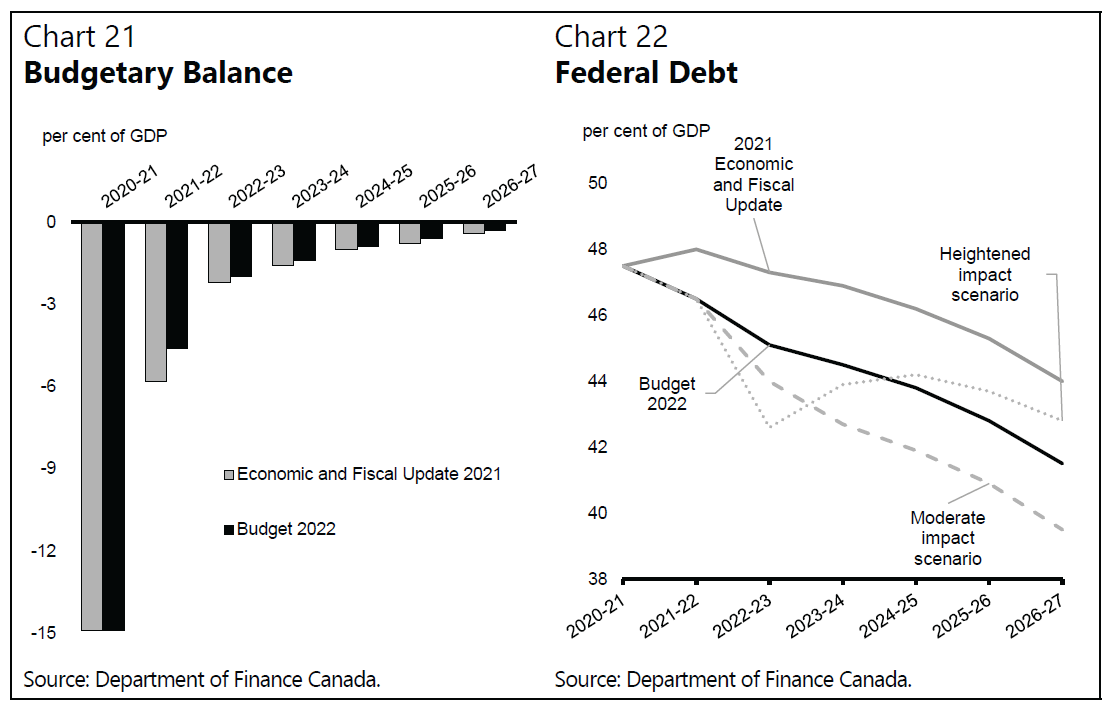 If housing affordability was truly a priority for the federal government, Budget 2022 failed to demonstrate the urgency of the crisis. Compared to the burgeoning $21 billion price tag for construction of the Transmountain Expansion pipeline in the midst of the climate crisis and little opportunity for a return on profit, $10 billion in new spending on housing spread out over four years seems small. The federal government had an opportunity to begin to decommodify housing but chose instead to continue its financialization. As housing prices continue to rise on top of wider inflation and slower wage growth, a harder landing could be expected when the long-anticipated bubble bursts without ensuring that Canadians have a right to a roof over their heads.

The Institute’s Senior Policy Analyst Brittany Andrew-Amofah interviewed former Deputy Minister of Ontario & Manitoba Michael Mendelson on Canada's housing crisis in the wake of the COVID-19 pandemic, and what housing solutions should be considered as Canada moves towards a recovery. Michael Mendelson is currently a Maytree Fellow.

Decent, safe, and affordable housing is an absolute foundation for healthy lives. Research has shown the critical links between housing and health. Without appropriate and secure housing, our health suffers, our mental health deteriorates, we are more stressed. Without affordable housing we may need to skip on food or medications in order to pay the rent. Every single person requires affordable housing in order to be healthy, and yet so many struggle to find decent housing in Canada, one of the richest countries in the world.

As the October federal election approaches, housing continues to be one of the critical issues Canadian face.  After over 20 years of minimal attention on the issue, the federal government has finally re-engaged with housing policy and funding. While much jurisdictional authority for housing provision and regulation lies with provincial governments, the federal government, nonetheless, can leverage significant affordable housing infrastructure through its spending powers. Indeed, federal leadership in ensuring affordable housing has been key in the past.  Yet, housing experts worry the current initiative promises too little, to be delivered tomorrow and not today.

In May, Democratic presidential candidate Joe Biden caused a small media storm when comments he made that he had no empathy for millennials who argue they face more difficult economic circumstances than previous generations circulated on social media. Biden was only the most recent public figure to weigh in on what’s become a hot topic over the past few years.

When Christy Clark’s government released its budget in February, many advocates were hoping for real action on soaring housing costs. British Columbia’s economy is growing and investments in affordable housing in this budget – for the last full fiscal year before going to the polls in 2017 – had the potential to address the severe crisis many British Columbians are facing.

If you find yourself agreeing with the Conservative opposition’s critique that the Liberals’ new National Housing Strategy doesn’t do enough for the “middle class”(an arbitrary category), you may be unaware of the depth of income inequality and the state of housing affordability in Canada. 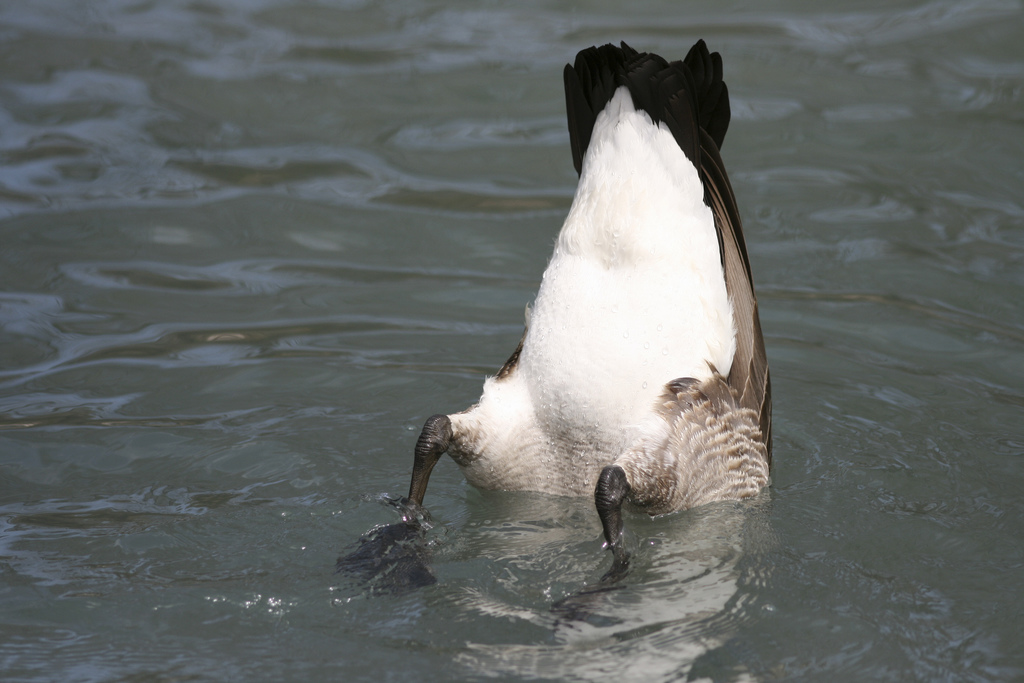 In the lead up to the provincial election next May, the Liberal government has begun laying the groundwork for an election platform, announcing new policies in the hopes of wooing voters.