The global slump and the monetary taboo 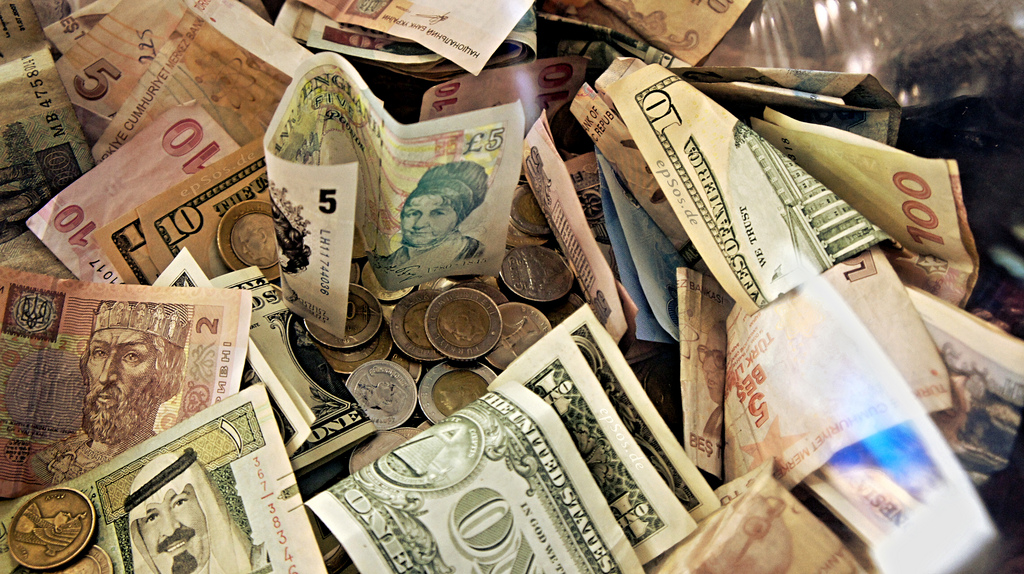 Seven years after the great financial crisis of 2008, the world economy remains at high risk of a new slump despite continued ultra low interest rates. The IMF has called on the United States to put any interest rate increase on hold so as not to worsen the still extremely weak economic situation in Europe and developing countries, notably China.

Loose monetary policy, including so-called quantitative easing through which central banks create new money to buy financial assets in the secondary market, has failed to spark a recovery because the world is awash in debt. As Adair Turner shows in his new book, Between Debt and the Devil, private sector debt soared as a share of GDP in most advanced economies after the 1980s, fuelling unproductive, debt financed household consumption, housing bubbles and wasteful financial speculation.

With household and government balance sheets still weighed down by a large debt overhang, demand for new loans is extremely weak despite near zero short and long term interest rates.

Corporate balance sheets are generally in decent shape. But businesses are very reluctant to invest in a slow growth world where there is over capacity in many industrial sectors. And arguably there is much less need for large new capital investments in a world of very cheap digital technologies.

At a deeper level, weak demand reflects a global disconnect between the wages and incomes of the great majority and rising productivity. That gap can no longer be papered over by new household borrowing. It is also likely the case that new technologies are leading to large net losses of well-paid and secure jobs, which further depresses global demand.

What the world badly needs is credit expansion to fuel new investment that raises productivity, and for that productivity gain to flow through to higher wages and household spending. But that requires much more than just low interest rates.

The key argument of leading “salt water” Keynesian economists like Paul Krugman, Joe Stiglitz and Larry Summers is that governments can and should drive faster growth through deficit financed public infrastructure investment, which would boost short-term growth and also raise productivity and longer term growth prospects. This argument has gained ground, and is even being voiced in a cautious fashion by the IMF, the OECD, and now by Canada's new Minister of Finance.

This is sound policy as far as it goes, but the question arises as to how to finance significant deficits over a period of time without unduly increasing the public debt burden. This is not a major concern in Canada given our low debt to GDP ratio, but the situation is different in Japan and much of Europe.

Adair Turner, former chief regulator of the British banks, argues that we need to reign in the growth of unproductive private debt by imposing tighter controls on banks through much higher capital requirements and by imposing limits on borrowing, such as maximum loan to value mortgage rules.  Banks should, he argues, be pushed to support real business investment as opposed to highly leveraged financial speculation and household consumption.

Turner also argues that we should reject the “taboo” of direct central bank financing of government deficits. In other words, central banks should consider printing money for governments to spend directly rather than just to buy up bonds. He argues that recovery from the great recession could have come much faster if advanced economy authorities had taken this route in 2008.

While this sounds like monetary madness, it should be remembered that Ben Bernanke, former Chair of the US Federal Reserve, urged such action on the Japanese government a decade ago to deal with that country's deflationary crisis, and referenced Milton Friedman's argument that a central bank financed stimulus via a “helicopter drop” of money could have saved the United States from the Great Depression.

Friedman himself argued back in the 1950s that all expansion of the money supply should come from central bank financed government deficits rather than from new credit creation by the banking system.

Turner is clear that any move in this direction should be undertaken by central banks, not by governments seizing control of the printing press, and is certainly aware of the risk of inflation if directly financed deficits get out of hand. His main point, amplified by Financial Times of London economics editor Martin Wolf and cautiously endorsed even by the Economist magazine, is that the monetary policy arsenal is not empty when interest rates fall close to zero.

Canadians have just got used to the idea that modest deficits to finance public investment can be seen as a good thing by mainstream economists. Much more radical ideas are being revived and promoted by leading economic thinkers who cannot easily be dismissed as crazies.