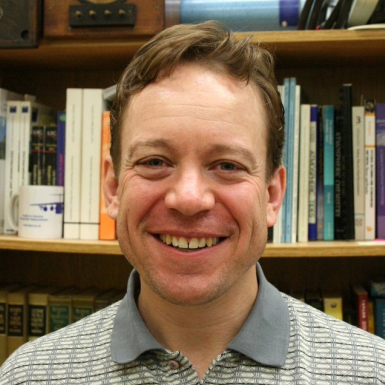 Tom Duck earned his Ph.D. in Physics (1999) at York University, where he studied the dynamics of the Arctic stratosphere. After spending two-and-a-half years at MIT Haystack Observatory in Boston, Massachusetts, he joined the faculty at Dalhousie University where he is now an Associate Professor in the Department of Physics and Atmospheric Science.

While at Dalhousie he co-founded the Canadian Network for the Detection of Atmospheric Change (CANDAC) which operates the Polar Environment Atmospheric Research Laboratory (PEARL) in the High Arctic at Eureka (Nunavut). His research group built an advanced remote-controlled lidar (laser radar) system for PEARL that is used to study climate change processes and Arctic pollution.

He was an International Science Team Co-Investigator and lidar specialist on the Phoenix Mars Scout mission that detected water and snowfall on Mars in 2008.  Over the past few years he has been an advocate for science and evidence-based policy making. His work on raising awareness about federal government cutbacks and the loss of scientific capacity at Environment Canada, and in particular the closure of its world-renowned ozone group, earned him the 2011 Neil J. Campbell medal from the Canadian Meteorological and Oceanographic Society.