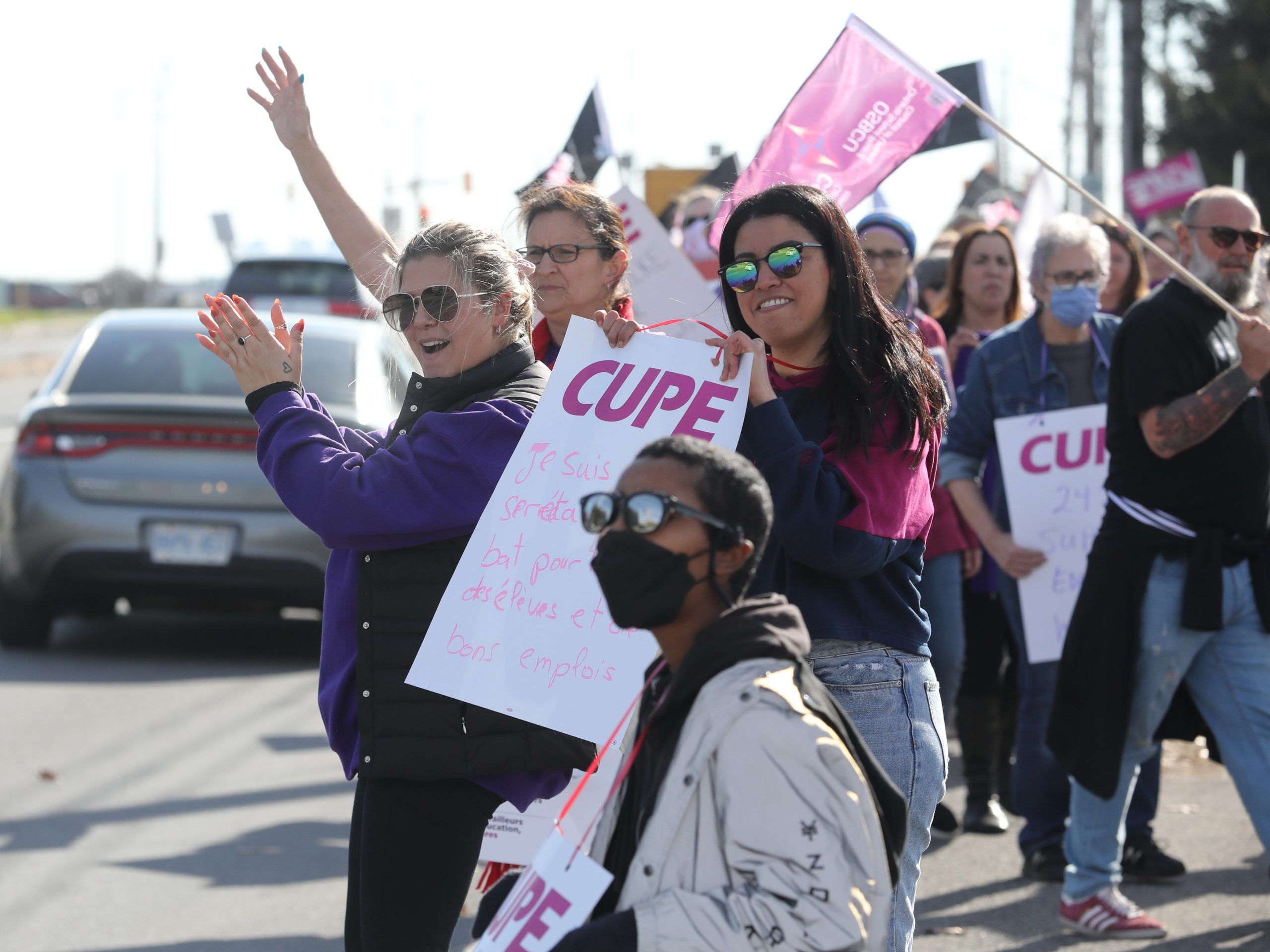 It’s only been a few days since Premier Doug Ford invoked the notwithstanding clause of the Charter of Rights to try to prevent a strike by education workers. Even so, much ink has been spilled over what a terrible idea it is. How it undermines a fundamental right. How it damages the rule of law. How it weakens democracy. How it punishes the lowest-paid education workers even though the government is running a substantial surplus.

Even craft and construction unions who have previously aligned with Ford, such as the Labourers International Union of North America (LiUNA), have voiced their opposition to this move, and their support for the rights of education workers who are CUPE members.

All of these things are true. But here’s another thing that’s true: undermining collective bargaining rights is bad for business. And in a year characterized by inflation and volatility, Ford has injected even more economic uncertainty into every single unionized sector.

The reason is very simple. By attacking collective bargaining, Ford has undermined the foundation of the employer-union relationship. It damages the system through which unions interact with employers and through which labour peace is maintained. And although our system could do with some improvement, it works.

Strong unions also create certainty — for workers, but also for management and for investors. In countries where union density is high, such as Germany, we see many fewer work-days lost to labour disputes compared to Canada, and a much more predictable collective bargaining process.

The reason is simple. In Germany, workers are at the table in every large firm, through policies such as codetermination — recently advocated by then-Conservative leader Erin O’Toole — or works councils. Workers’ rights are not only secured through the legal system, but through power in the organization itself. In turn, workers begin to see themselves as a partner to management in maintaining the success and competitiveness of the business — because that is exactly what they are. Management and labour alike have their incentives pointed towards coordination, cooperation and success.

Canada suffers from low economic growth. Our national productivity lags the OECD average and our workers are suffering from a decline in real wages. This model — where strong unions create economic certainty and growth, strong and sustainable demand and a prosperous working class — should be exactly what we strive to emulate.

We could be a highly competitive, highly productive, democratic country whose workers are the best-paid and the best-treated in the world, and have an actual voice in their workplace — a recipe for economic growth and shared prosperity.

But we cannot become that country when the foundation of the employer-union relationship is undermined. Ford’s move does more than punish the custodians, early childhood educators and other support staff who keep schools running efficiently. It signals to every union that the system upon which their relationship with management is built is not safe.

It suggests that nothing — not even the Charter of Rights and Freedoms — secures the collective bargaining process against interference. It points unions’ incentives away from working within that system and towards working outside it, through disruptive tactics such as wildcat strikes and direct action.

Ontario’s wildcat strike is the first in a long time. Unions in all sectors will be looking closely and considering what they must do to secure a better deal for their members and protect all workers’ rights.

In a highly uncertain and volatile economic environment, Doug Ford — who has bragged about Ontario being “open for business” — should ask himself: Does business need this?

In mature, world-class economies, workers are properly understood as the foundation of economic success and unions are seen as critical partners in that success. Ford has proven that Ontario, at least, has some growing up to do.

Jen Hassum is the Executive Director of the Broadbent Institute.

This article originally appeared in the Ottawa Citizen on November 7, 2022.