How can we win the fight against today’s toxic politics?

The Broadbent Institute invites you to join us in rethinking and renewing social democracy to take on this challenge. Our Project, Change the Game, takes a critical look at the history of social democracy in Canada, with the intention of learning from the successes and challenges of the past in order to build the best possible path forward. 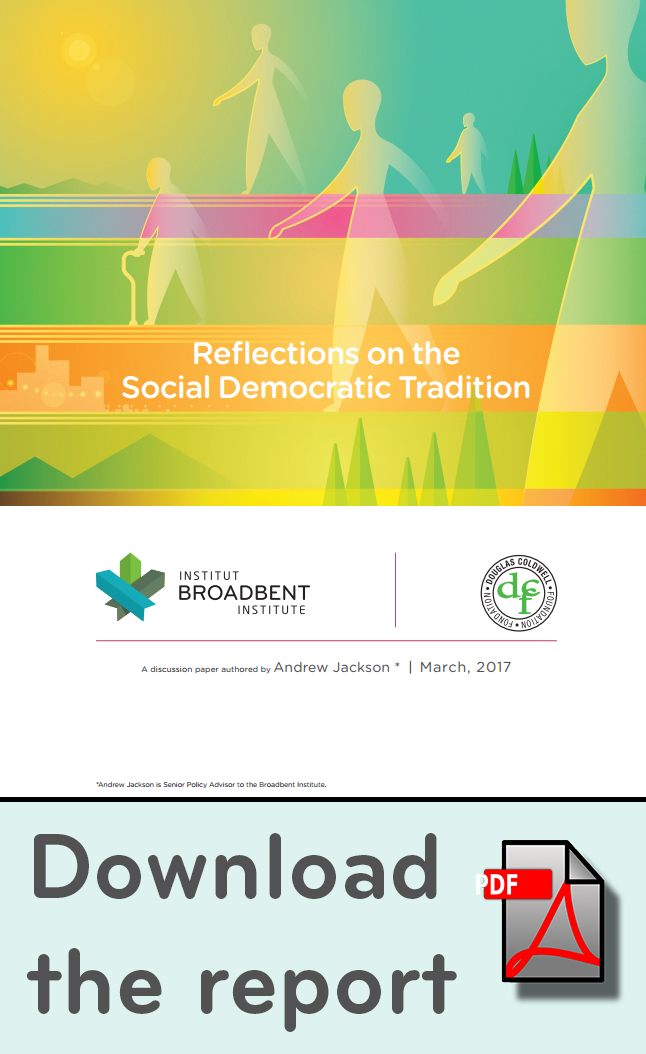 Social democracy transformed democratic politics in the 20th century. As the political framework for a welfare state based on social and economic rights, the programs it inspired lifted millions in Europe and North America out of poverty. Believing that markets should be regulated and put in the service of social aims, social democrats fought for state investments in the common good and for the idea of citizenship that included not only political and civil rights but also social and economic rights.

Here in Canada, social programs at the core of our identity - Medicare, the Canada Pension Plan, and accessible education at all levels - can trace their origins to social democracy.

During the 1980s and 1990s, here in Canada and abroad, the social democratic project came under attack. The programs it had put in place were slowly stripped away, or cancelled altogether, as an over-zealous adherence to free market ideas gained in strength. Today, governments around the world are continuing with austerity budgets and slashing the framework of the social democratic state. As a result, we are seeing an alarming increase of inequality, environmental degradation and a dangerous rise of the radical right.

The Broadbent Institute’s project Change the Game asks these questions and invites a critical look at the history of social democracy in Canada so that we can learn from the successes and challenges of the past in order to build the best possible path forward. The project will solicit multiple voices through a participatory process and in various phases to create a platform for reconsidering social democracy for the 21st century.

The project will begin by exploring major themes including Indigenous rights and decolonization, the ecological crisis, economic inequality, the rise of the populist right, as well as pluralism, feminism and systemic racism.

The second phase of the project will look more closely at the legacy of social democracy in various regions in Canada and local innovations.

Where are we going?

The final phase of Change the Game will look forward, imagining an inclusive path for renewing social democracy in Canada. Based on the critical analysis from the first two phases of the project it will propose avenues for social democracy to pursue in four key areas: inequality, trade and the economy, the environment, and equity and inclusion.

Do you like this page?
Make a Game Changing Donation