Leadership lessons from the campaign trail

[Editor's note: The Broadbent Institute is excited to feature insights and lessons from members of our Leadership Network - people who have taken part in our training and leadership programs.]

In late September 2016, I attended the Broadbent Institute’s Camp Progress Plus + in partnership with 270 Strategies.

This leadership program trained the attendees to organize and run a cause or political campaign. After the five-day intensive training, I went to Denver, Colorado, as part of the program, to volunteer for the Democratic Party Coordinated Campaign and gain field experience.

In Denver I worked with a great team of field organizers and volunteers. The most interesting aspect of my experience was my encounter with different leadership styles. With President Donald Trump in the White House and the rise of exclusionary movements in Canada, community leaders must once again step forward to mobilize people in favor of our liberal democratic system. What follows are some of the lessons I learned about leadership throughout my Camp Progress Plus + experience:

Beware of the echo chamber

During my placement in East Denver, I volunteered for the Coordinated Campaign’s office in Park Hill-Stapleton. Soon after my arrival I realized that I was in a Democratic bubble. I hardly ever came across a Trump supporter, meaning that I did not get a chance to have a conversation with one of them to learn about their concerns, hopes and aspirations. I only read and heard about them from the media and talked about them with my Democratic peers.

When we get caught up in our own echo chamber, we only talk to like-minded people and do not try to convince the wider world. We do not show up at the events that challenge our politics and have limited dialogue with our political adversaries. We label our political opponents and turn them into caricatures. Both left and right take part in this.

I learned that playing to the “base” is a shortsighted strategy, even if it leads to a short-term victory. It is in our interests to engage in dialogue with our political opponents in order to understand them, even if we continue to disagree with them.

We should go out of our way to meet our political opponents where they are if they do not live in our neighbourhoods. When we meet them, we should avoid preaching them from a high moral ground. We need to let them speak. And we need to listen. 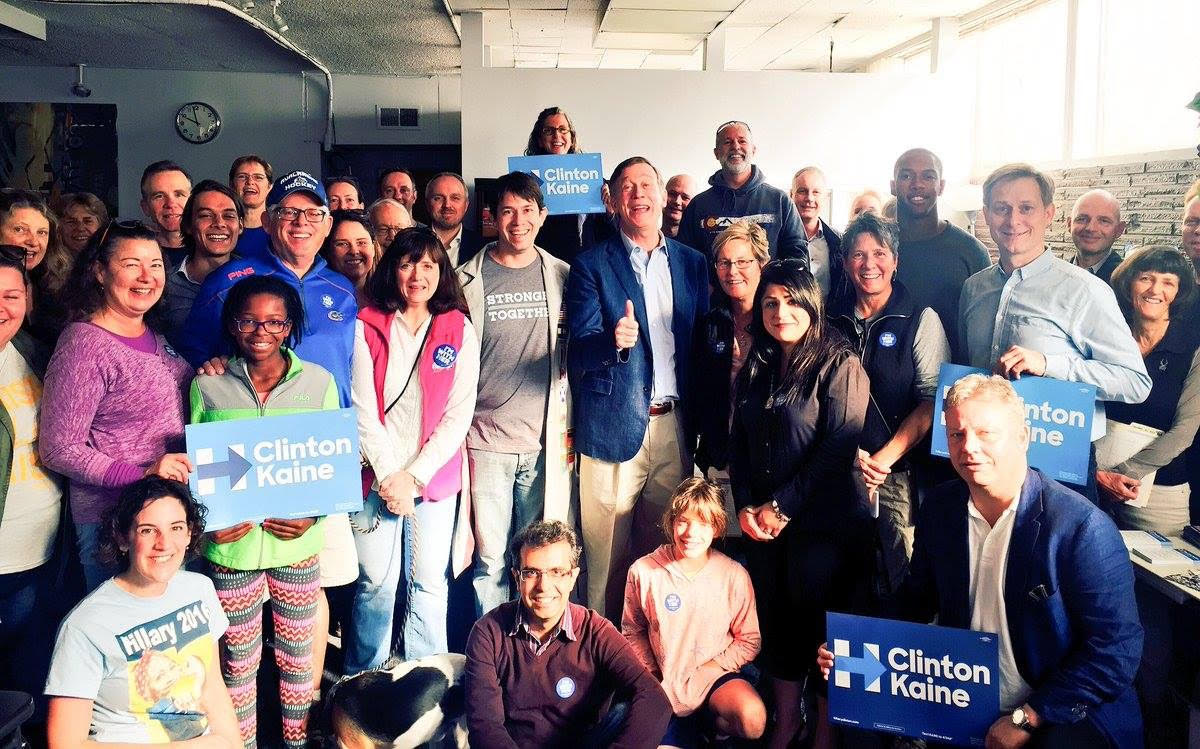 Listening is a virtue

One of the most important but undervalued aspects of leadership is listening. In Denver I came across leaders who had a top-down approach to leadership. Others, however, brought the team members together, asked for their opinions, shared their own insight, and then reflected on all the information before them to make a decision.

Both kinds of leaders made the final call. While the first type ignored the rest of the team and simply asked them to follow orders, the second type actively sought the advice of others and considered it in their decision-making.

By listening to the concerns and ideas of others, leaders get different perspectives on an issue that can help their analyses and decision-making. Seeking your teammates’ advice also illustrates that you value their participation and contributions. It is after listening and gathering enough information, that a leader must act.

Leadership is about making tough decisions in a timely manner:

A leader must have the ability to make difficult decisions in real time. A challenge that I encountered during my placement was

a couple of my volunteers were not suited to the positions that were assigned to them. I let them keep those positions because they had been previously vetted and it was also difficult for me to “demote” a volunteer.

When I raised the issue with the regional director of get-out-the-vote (GOTV) operation in East Denver, he said that the volunteers’ underperformance could potentially adversely affect the entire GOTV effort. I was asked to have a conversation with the volunteers and assign them to a different role. I learned that a leader should not postpone making a decision, whether it is tough or easy. In fact, leadership is about making the right decisions at the right time.

Empower others and delegate responsibilities

One of the field organizers I worked with was “perfectionist.” She worked really hard, but there was a limit to what she - or anyone - could achieve alone.

The perfectionist field organizer hardly ever asked anyone else to help her because she thought she could do the job better. Instead of spending the time to empower others to help her and delegate responsibilities to them, she did everything herself. Once again, the wise GOTV director taught us that it is much better to train people to do some tasks and delegate those responsibilities to them, so that we can focus on other areas that require attention.

I learned that leadership is teamwork, and empowering others and delegating responsibilities to them, after they have proven their capabilities, are essential parts of leadership. 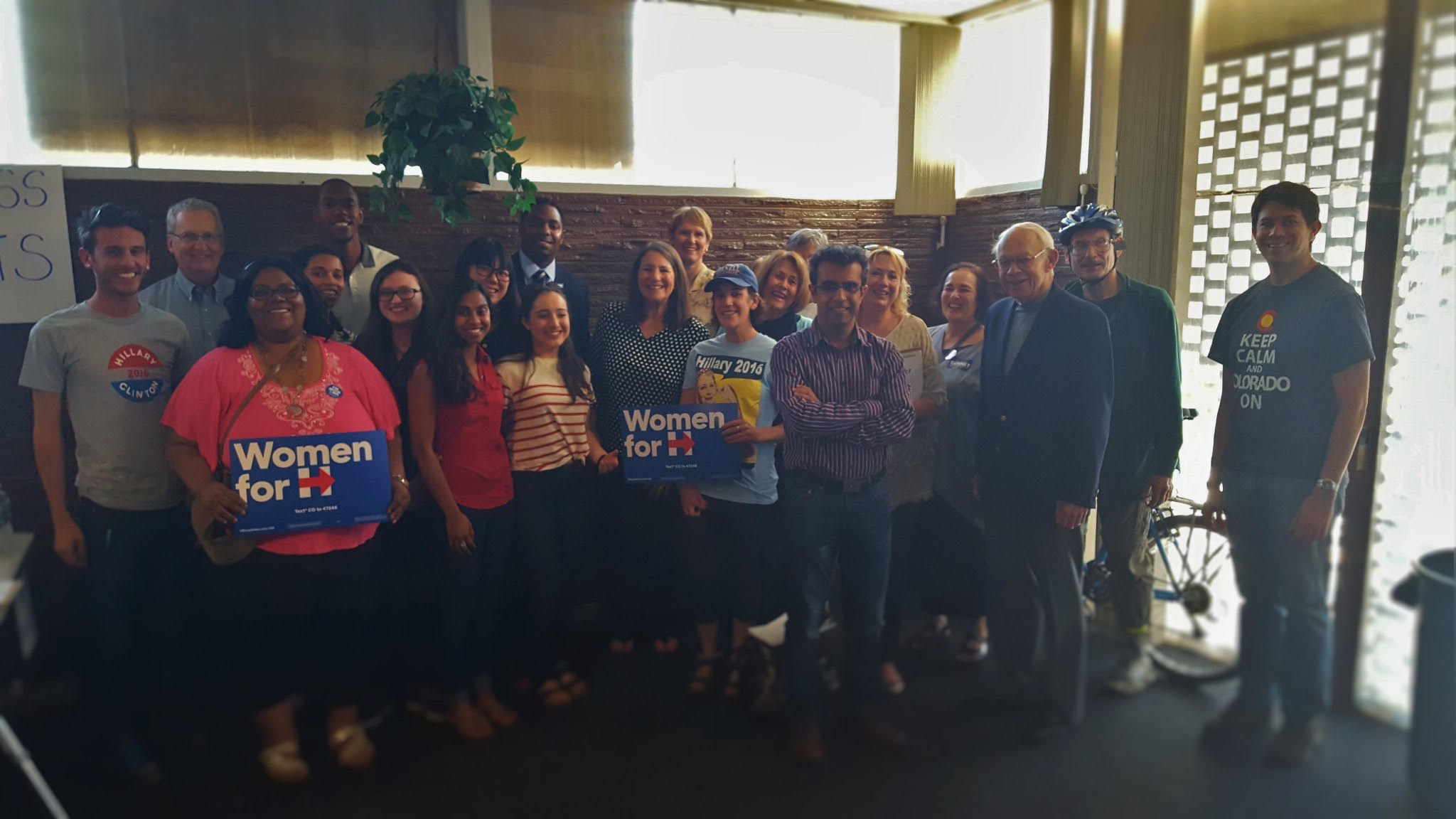 Aspiring leaders must work hard to earn a leadership position

I started my fieldwork in Denver as a phone banker. I did nothing but make phone calls from 10 am to 9 pm. Phone banking was outside my comfort zone, so I welcomed the challenge for a while. It became repetitive after a few days and I began looking for a new challenge.

One day I overheard a conversation between two field organizers who needed someone to do a certain task that was much more interesting than phone banking. I immediately volunteered to do the job.

I realized that in order to build trust with the campaign staffers and volunteers, I had to play a more pro-active role. The more engaged I became with different aspects of the campaign, the more opportunities were presented to me. I was promoted to a captain position and eventually I became the Staging Location Director in charge of all the training and canvassing activities from my office. I worked along other volunteers without whom I could not perform my duties.

A few weeks after the elections, I received an email from a field organizer stating that “I met with our Deputy Organizing Director a week back and he told me that our staging location had the highest volume in Denver.” That once again proved to me that hard work pays off. A leader should lead by example.

My intensive training and fieldwork changed the way I look at politics. More than ever I now appreciate the importance of organizing locally and of reaching out to diverse groups of people. To avoid the extreme polarization that has been going on in the United States from taking place in Canada, we have to show up at every corner in the country and engage both our political opponents and undecided voters. We need to cultivate leaders who are not merely concerned about mobilizing their supporters, but who work hard to get more people involved in our local and national conversations. Our leaders need to genuinely promote diversity and inclusiveness, even when it involves difficult conversations.

Alireza Ahmadian is a Vancouver-based writer and researcher. He studied at University of British Columbia and the School of Oriental and African Studies, University of London. He has appeared on BBC World News and BBC Persian to discuss world affairs and is published on forums such as New Canadian Media, BBC, and foreign policy blogs.