Why progressives can be proud of the Alberta budget 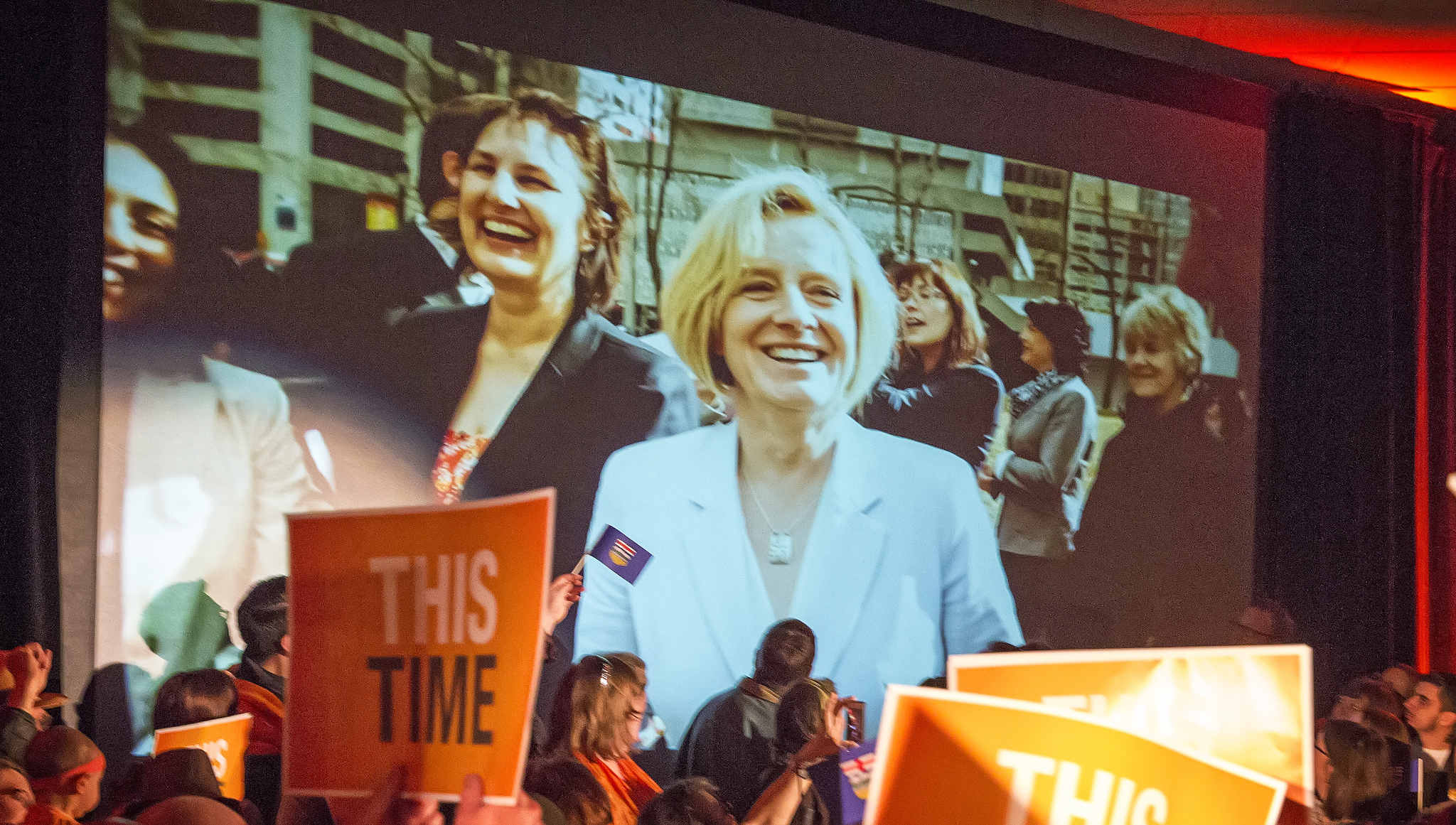 Canada’s right-wing have fiercely denounced the Alberta NDP government’s first budget for its failure to deeply cut spending on social programs and public services so as to balance the books. The Fraser Institute has even gone so far as to claim, absurdly, that the large Alberta deficit of $6.1 billion this year is due to years of so-called over spending rather than because of the recent collapse of oil prices.

In fact, progressives can be proud of the new government that has acted responsibly to preserve services that matter to people and to invest in the future.

The Fraser Institute claim that Alberta “over spends” has been widely repeated in the media, but does not stand up to scrutiny. In fact, recent Conservative governments under-spent relative to available resources in the province, especially in terms of infrastructure investment.

Critics of “over spending” like Jeffrey Simpson writing in the Globe and Mail note that Alberta delivers “the most expensive per capita public services in Canada.” This is true, in terms of dollars spent, but this totally ignores the fact that Alberta has recently enjoyed per capita incomes some 60% above the national average.

It is absurd to argue that Albertans should not have benefited from high and rising incomes by receiving more than the Canadian average in terms of health care, education at all levels and other public services. And the fact remains that Alberta spending was and is well below average as a share of provincial income.

In 2014-15, Alberta program spending as a share of provincial GDP was the lowest in the country at 13.0%, compared to 16.4% in Ontario, and much more than that in the equalization receiving provinces. Alberta could have spent even more if it had not chosen to maintain revenues at just 13.5% of GDP, well below the Canadian average.

The report on infrastructure authored by former Bank of Canada Governor David Dodge and tabled with the budget demonstrates that “Alberta has lagged other provinces in terms of public investment as a share of GDP.” This has created a large shortfall in terms of building needed schools, hospitals and roads.

No serious economic observer can deny that the $6.1 billion deficit forecast for this year is overwhelmingly due to the $6 billion collapse in resource revenues rather than to any alleged “over spending.” Indeed the provincial budget was balanced in 2014-15 before the impact of lower oil and gas prices was felt.

The real question, then, was how the new government should have responded to a serious downturn and to rising unemployment. Quite appropriately, they decided to adopt the advice of the David Dodge that “attempting to maintain a balanced budget in each and every year will exaggerate cyclical economic volatility and have a perverse impact on long-term growth.”

To a degree, the government is betting on an increase in oil prices in order to bring the budget back to balance and in order to avoid hitting a low limit of debt in relation to GDP. But the forecast recovery is modest and not out of line with other projections.

Spending growth is limited to 2%, more or less the rate of inflation, with some priority being given to education at all levels while the rate of growth of health spending will be slowed.

And there will be a 15% increase in capital spending over the next five years, mainly bringing forward future projects at a time of low costs when jobs are in short supply. This public investment program will boost the economy in the short-term and help build for the future.

The government also plans to support private investment by increasing the capital base of the provinces’ own bank, which operates at arms-length and can assist economic diversification.

If the Alberta government is to be criticized for anything, it is perhaps for being too fiscally cautious. The flat provincial income tax rate of 10% has been increased, but only for those earning more than $125,000. The new top rate is a low 15% on incomes of over $300,000. The corporate tax rate has been increased, but just from a very low 10% to the Canadian provincial average of 12%; and there is still no provincial retail sales tax.

Alberta has a lot of untapped fiscal capacity. But recessions are no time for across the board tax increases, and the new government is about to introduce a new royalty regime and carbon reduction goals which will impact upon the all important energy industry.

Overall, this is a budget which rejects the siren call of the right for austerity, and which progressives can be proud of.