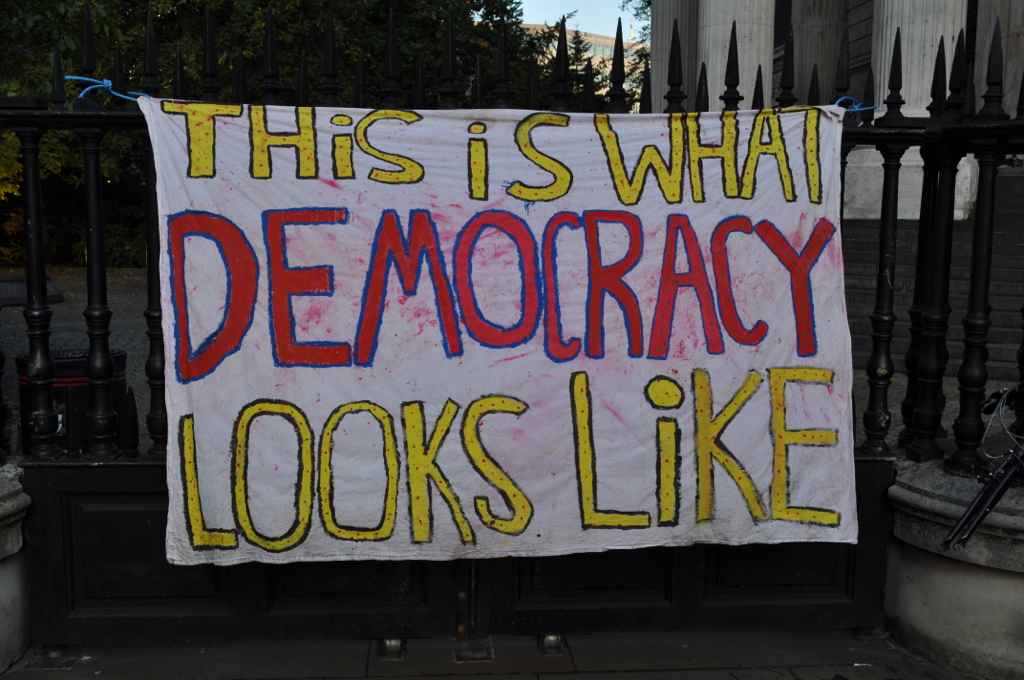 Canadians are not used to iron-fist governments but Ontario’s new Premier Doug Ford’s early actions suggest that his government may well become the exception to the rule.

As an immigrant activist from Argentina, I call Ontario home, but I was born in the aftermath of dictatorships, during tense and uncertain transitions to democratic government. I bring lessons, and warnings, from resisting iron-fist governments in South America.

Warning one: Iron-fist governments will use all the tools at their disposal.

Only three months in his reign as premier, Ford has revealed his cards: he will not bend to the judiciary and he will use all the tools in his toolbox to do so, Charter of Rights and Freedoms be damned.

This shouldn’t be surprising. Iron-fist rulers always change the rules of the game. Not waiting for the defeated incumbent’s speech before giving an acceptance speech. Not allowing reporters to pose questions after announcements. Not accepting a court ruling. This is just the beginning.

Warning two: The government will go after everyone not on its side.

In democratic times, governments tolerate a range of perspectives and plurality of voices. But with iron-fist rulers, there is a line—a clearly drawn line.

Keeping a low profile, being nice to the local MPP, and adopting the language of the day won’t save them, unfortunately. Think your Progressive Conservative MPP is a reasonable politician with whom you can build a productive relationship? Check how he or she voted on the use of the notwithstanding clause. Let that be your guide.

Warning three: Power is centralized now, and even more so in future.

Iron-fist leaders don’t listen to advice, not even from their own ideological camp. They are a one-person show; their power circle starts small and gets smaller with time.

In countries with presidential systems—like Argentina, Brazil, and the United States—it is clear that presidents and governors yield executive power. In the Canadian parliamentary system, party leaders are perceived as less commanding figures. But the truth is that party discipline endows leaders of majority governments power that presidents can’t only dream of having.

Ford has no need to compromise with moderates or progressives—and he is already revealing that he has no interest in doing so.

So what do to if you don’t agree with the government?

It may be hard to hear this at this point, but Ford has done his opponents a favour by being so blatant in his early days. Many South American dictators kept civil society busy for years with faux consultations, façade elections, and lip service to democratic processes before people realized the game was completely rigged and only one opinion would prevail: that of the leader.

Ford has clearly stated how his democracy will work. Opponents now have to plan accordingly.

In the 1980s, South American social movements coalesced around a single goal: bringing down the dictatorship of the day.

If you oppose this government’s agenda, your current government-relations tactics have become irrelevant. How to promote the inclusion of this and that marginalized group; the most effective way to reform social assistance; how to roll out a child care expansion plan; what labour legislation to further strengthen—these were policy questions we had the luxury of discussing until recently.

Now the house is on fire and there is no point in discussing how to fix the roof.

Effective opposition requires unification, aligning our goals and objectives. Iron-fisted leaders cause chaos, leaving people to compete for dwindling resources.  We see that already with the cancellation of sex-ed, cap-and-trade, labour law improvements, and the invocation of the notwithstanding clause to circumvent local democracy in Toronto.

Solidarity is fundamental to challenging Ford. This includes our civil society. Grassroots organizations, non-profits and charities (within their limitations, of course) must quickly be prepared to act towards one goal: building resistance and challenging the agenda in order to change the outcome in the next election.

Lesson three: Use all the tools in the toolbox.

Relying on traditional political tactics and democratic mechanisms, such as court challenges, will not be enough. Building an effective resistance needs to go beyond the institutional and formal channels familiar to many Ontarians.

The labour movement was central to combating dictatorships in Argentina and Brazil by playing outside of the frame of labour relations. Community organizations offered social services in the morning and organized protests in the afternoon. Teachers, professors, artists, journalists, and researchers understood that having a voice at such a time comes with great responsibility.

In the years ahead, the experience of progressives who weathered the 1990s is crucial, but so is the energy and new ideas of those who are now becoming politicized by the attacks on Ontario democracy. We need everyone. Let’s broaden the tent.

Finally, we need comfortable shoes. This will be a marathon, not a sprint. Back in South America, it took a generation to overturn things. Our goal is to do that in four years’ time.

Bruno Dobrusin is a labour organizer currently based in Toronto. Before coming to Canada, he worked for over a decade with labour organizations in South America.