One Year of Ford's Ontario

On June 7th, 2018, one year ago today, Doug Ford's Conservatives were elected on a false majority. 58% of Ontario voters chose a decidedly different course of action than the direction in which this government has gone.

This Conservative government has taken Ontario back in time. It's reversed progress on education and the environment. It's made the lives of working people worse.

To mark this one year anniversary, we've indexed some of the worst statistics of Premier Ford and his Conservative government: 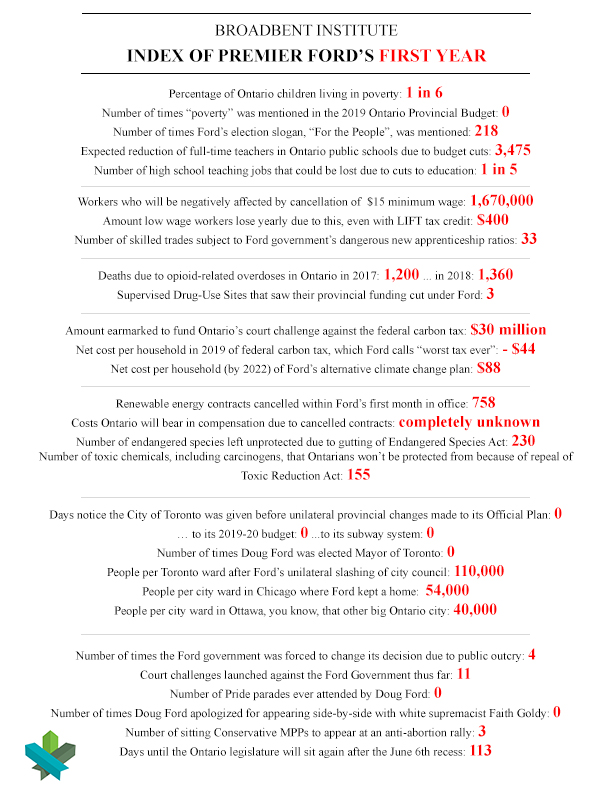