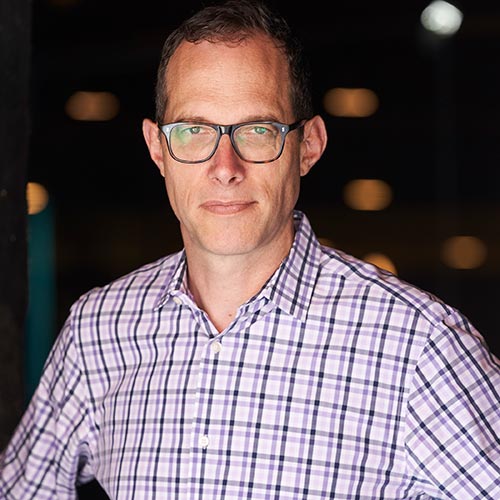 Rick Smith has been the Executive Director of the Broadbent Institute since 2013. Under his leadership, the Institute has grown into Canada’s pre-eminent progressive policy and training organization.

A prominent Canadian author, environmentalist and non-profit leader, Rick is the Executive Director of the Broadbent Institute.

From 2003 to 2012, he served as Executive Director of Environmental Defence where he was an early advocate of an environmentalism rooted in new, sustainable, economic models. He was a key proponent of the Ontario Greenbelt and the Ontario Green Energy Act and a founding Director of the Greenbelt Foundation. Rick led the efforts to create Canada’s modernized Consumer Product Safety Act and Chemicals Management Plan, which resulted in Canada becoming the first nation in the world to ban bisphenol A in children's products. With the United Steelworkers, he founded Blue Green Canada, the first permanent partnership between trade unions and environmental organizations in the country. He was one of the founders of the Socially and Environmentally Responsible Aggregate (SERA) initiative, the world’s first independently-certified sustainability standard for the global aggregate and concrete industry.

Rick is the co-author of two bestselling books on the health effects of pollution: Slow Death by Rubber Duck: How the Toxic Chemistry of Everyday Life Affects Our Health (2009) and Toxin Toxout (2014). A Quill & Quire “Book of the Year”, Slow Death by Rubber Duck has been featured by the Washington Post (which said it “is hard-hitting in a way that turns your stomach and yet also instills hope”), Dr. Oz, Fox News, and Oprah Magazine, and translated into seven languages. The 2019 re-issue of “Slow Death by Rubber Duck” has sparked a renewed debate on the presence of bisphenol A in consumer items.

Rick is a former Chief of Staff for the federal NDP and an advisor to Progress Toronto. Originally from Montreal, he holds a Ph.D. in biology from the University of Guelph and currently lives in east-end Toronto with his wife Jennifer Story – a public school board Trustee -- and their two children.