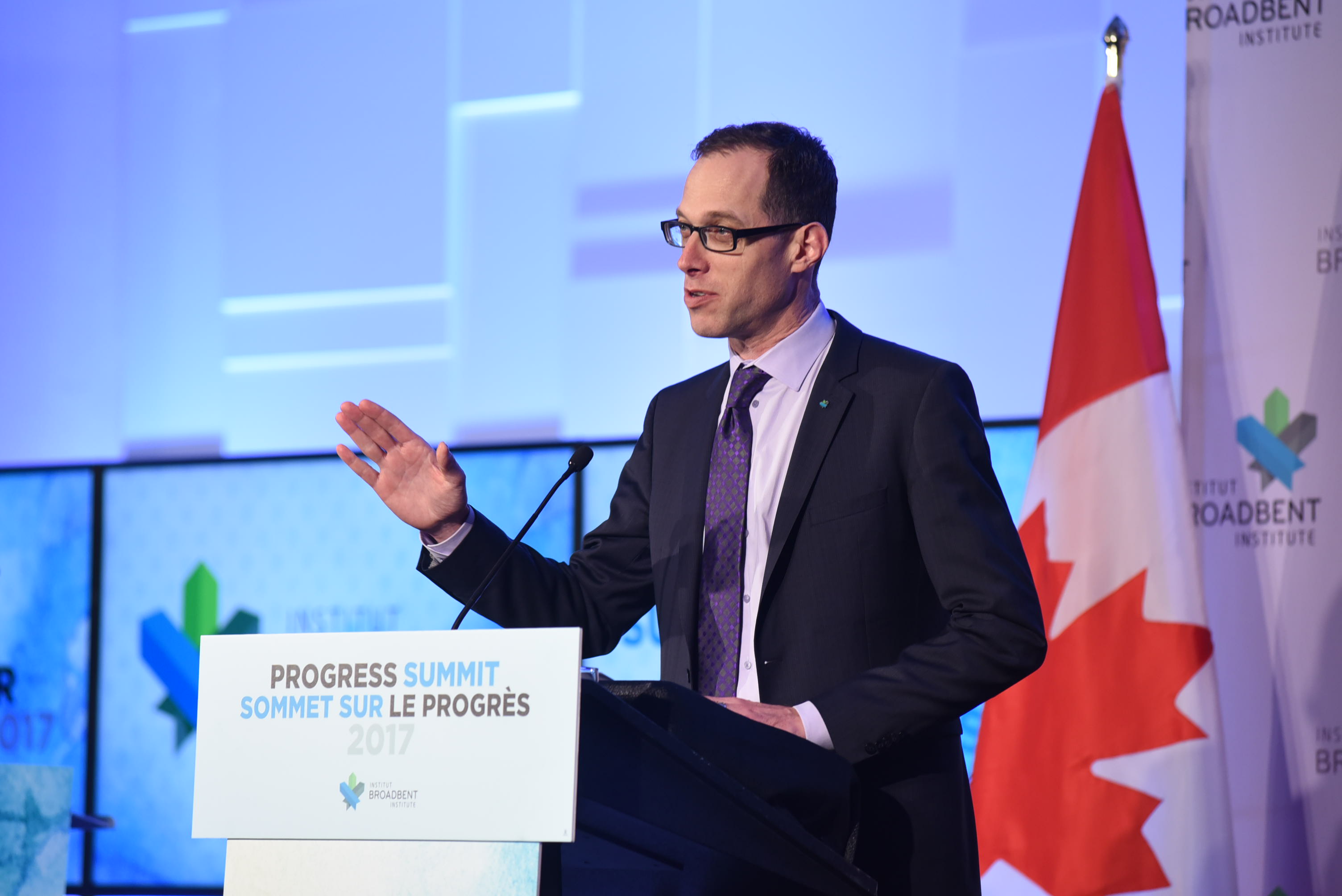 But of course I was wrong. Rather than taking a bite out of the juicy tax loopholes that unfairly benefit the richest Canadians, the Trudeau government offered up only a few stale crumbs.

Despite significant public attention, and overwhelming support for action, Budget 2017 completely ignored the inequitable tax treatment of things like stock options, which are only available to the richest Canadians.

Every year, these loopholes deprive the federal government of billions of dollars that could be spent to improve the lives of Canadians, meaning necessary and valuable social program spending will not occur.

In the area of income inequality, the Trudeau government has acknowledged the problem but failed to take action on a solution.

Now, let’s ask ourselves why the federal government, in Ed’s words, chickened out from creating a fairer tax system.

Certainly, there’s the inertia of it all. As Don Pittis wrote for the CBC, it just never seems a good time for a “tax the rich” budget.

And there’s this: though you won’t find mention of it in the Finance Minister’s speech, every senior government person I spoke to on Budget Day whispered that the budget was timid because they were worried about what Donald Trump will do.

Donald Trump might lower corporate taxes. He might lower taxes on the wealthy. So Canada can’t swim against that tide, goes this logic.

Some people crowed that this was actually a victory Former Conservative Cabinet Minister Joe Oliver – you remember…the guy who said environmentalists have a “radical ideological agenda” published a column in the Toronto Sun called “Without Trump, Trudeau’s budget would have been much worse.” According to Oliver, it was the “encouraging promise” of lower US personal and corporate taxes that “blocked” Canadian action.

Paul Wells, who did a great job moderating the Debate earlier today, has written that, when it comes to federal taxation, Mr. Trudeau “talks the talk of Conservative hegemony” given that the federal government has less revenue as a share of the economy than it has in half a century.

Last month’s federal budget does nothing to right this wrong.

As Paul put it: “Harper’s goal was to hobble not just his government but any federal government that will come after.” It would appear that the current government is playing into Harper’s hands in this regard.

So there are many obvious signs of Donald Trump’s effect on our country. From the outrageous comments of Conservative leadership candidates to the explosion of hate-motivated crimes and speech by Trump admirers.

We need to stand on guard against these horrible acts.

But it’s also the quieter corrosion of the Trump effect that we need to guard against. The excuse that he gives Canada’s rich and powerful not to move on climate progress. Or a fairer taxation system. Or being more generous with immigration.

Let’s be clear. When the federal government lines up with Donald Trump on issues like taxation, it makes the advent of a Canadian Trump more likely, not less.

And it takes Canada further down the wrong path.

As you saw in the Strategic Communications poll, two-thirds of Canadians think it’s the wealthy who have benefited most from the current economy and upwards of three-quarters think the gap between the rich and everyone else is a problem for our country.

They overwhelmingly support policy measures to narrow this gap even if Donald Trump is moving the US in the opposite direction.

There’s no doubt that what we are seeing today is a challenge.

But let’s remember that if we’ve been here before, we’ve also fought back before.

We can look to brave activists who stood up to injustice.

And to social democrats elected at various levels who built the scaffolding of a fairer society.

Whether it was opposition to Duplessis’ “padlock laws” in Quebec, to the wartime treatment of Japanese Canadians in B.C., to the federal imposition of the War Measures Act, or the early days of political struggle for the rights of First Nations, women, new and LGBTQ Canadians, social democrats were in the lead.

Social change is hard. And social democrats have understood the value and necessity of pushing for more. And here’s the strange thing about change : it never seems like it’s going to happen, until it does.

I’ll never forget a meeting I once had with former federal Environment Minister John Baird. He swore up and down, with great certainty, tremendous graphs and statistics, and much arm-waving and table pounding, that Ontario’s polluting coal plants would never, ever, be closed.

Too expensive. Too much trouble. It just couldn’t be done.

And they fought day in and day out to shut them down.

They put pressure on MPPs in every riding.

And guess what? Within a couple of years, the coal plants were closed down!

I have no doubt that, in the future, we’ll look back at this moment of challenge and marvel at what we’ve accomplished together.

You know, the renowned Canadian-born economist John Kenneth Galbraith once said that “All of the great leaders have had one characteristic in common: it was the willingness to confront unequivocally the major anxiety of their people in their time. This, and not much else, is the essence of leadership.”

There is no denying that we are in a moment of major anxiety right now.

We are in a moment that demands strong, visionary leadership.

And leadership not just from our political leaders, but from community leaders, from academics, from unions, from NGO’s. From each one of us.

To Change the Game - to truly build a progressive alternative - will take a full court press.

We’ve seen that in moments of crisis, in moments that seem dark and dire, something better, something fairer, can be built. We need to look back to the figures from our progressive past for inspiration.

We need to remember the battles we have fought hard to win to remind ourselves that it is possible.

And we need to band together to find the strength for the next ones and build bonds of respect and trust across our differences.

We’ve taken the first steps over the past few days. We’ve learned from each other. We’ve made new allies.