Entitled "My fight for democracy: Reflections on 50 years of union activism", the event also featured a conversation between Leo Gerard and Ausma Malik.

The first hijab-wearing Muslim woman elected to public office in Canada, Ausma Malik is known for staring down hate and inspiring hope for racial justice, economic reconstruction, and democratic renewal. On doorsteps, at the mic, and in digital spaces, Ausma skilfully flips the narrative from austerity to solidarity with heart and humour. Currently the Atkinson Foundation’s Director of Advocacy and Organizing, she collaborates with community organizers and policy innovators to advocate for decent work and a fair economy. Ausma is also a member of the advisory committee for Ryerson University’s Centre for Labour-Management Relations, and the host of Just Work It -- Atkinson’s podcast for millennial organizers. From 2014 to 2018, she served as a Trustee elected to the Toronto District School Board. 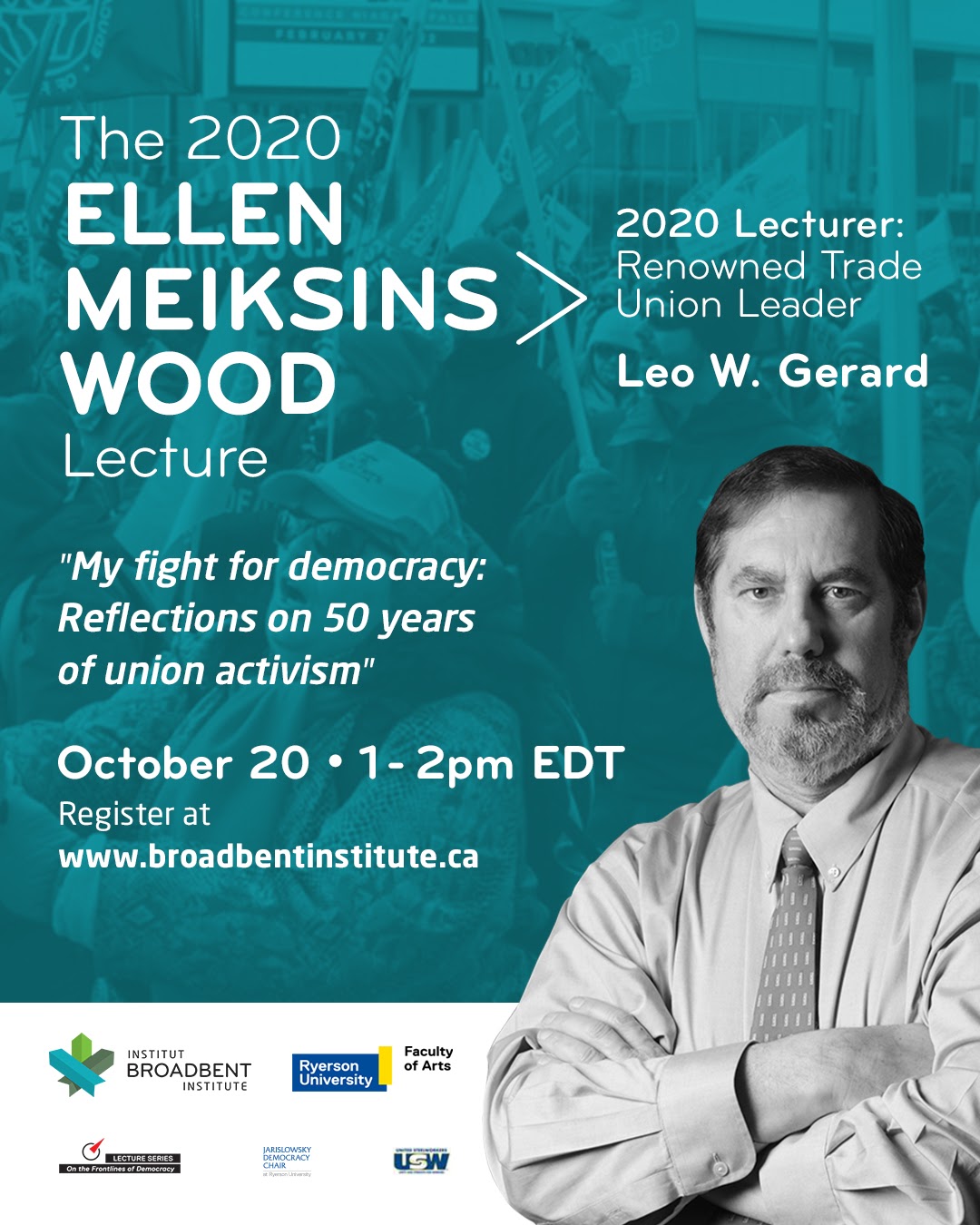 In January 2016, the Broadbent Institute lost our dear friend and inspiration Professor Ellen Meiksins Wood. The Institute founded the annual Ellen Meiksins Wood Prize & Lecture to honour Ellen’s legacy as an internationally renowned scholar and to bring her work to new generations of Canadians.  At this troubling political moment, Ellen's belief that democracy means “nothing more nor less than people’s power, or even the power of the common people or the poor” is more relevant than ever.

WHERE:
Zoom (RSVP below for link)